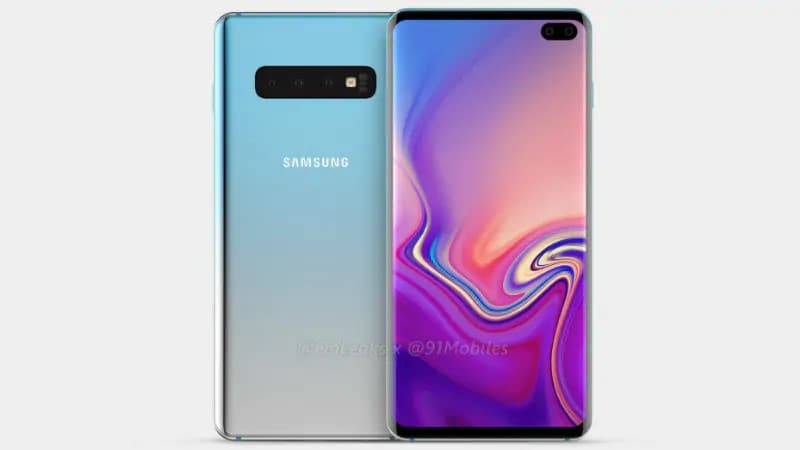 The live image has been leaked by tipster Ice Universe, and the photo reiterates the dual front cameras on the premium variant. Previous leaks have already suggested that the Samsung Galaxy S10 series will sport Infinity-O display design which is nothing but the selfie hole in the display to eliminate the notch. This variant is seen sporting two holes on the top right edge, corroborating with past render leaks. In any case, the phone in the photo is sealed inside a case, which means it may be a prototype, and not the final version.

Samsung has reportedly also applied for a new trademark at the European Union’s IP Office, for a software called the Neuro Game Booster. This recent application suggests that the Samsung Galaxy S10 series, especially the premium variant, will be equipped with this new gaming software to boost performance. In any case, Samsung is largely expected to launch the new phones at its February 20 Galaxy Unpacked event. A 5G variant is also expected to launch alongside. All of this is speculation based on past leaks, and we recommend you take leaks lightly.

Apple WWDC 2019 Schedule Announced, Developer Conference to Kick Off on...

Microsoft Says Hackers Had Access to Some Outlook.com Accounts for 3...