This is interesting given the premium variant is said to sport a large battery at 4,000mAh, while the Samsung Galaxy S10e is expected to sport only a 3,000mAh battery. Separately, Agarwal has also leaked the Samsung Galaxy S10e Canary Yellow colour render. In the photo shared, the phone is seen to sport a metallic frame, the Infinity-O Display up front, and a Canary Yellow glossy back panel with a dual rear camera setup sitting horizontally, and the Samsung logo sitting in the centre. The fingerprint scanner can be seen at the right edge, and the volume and dedicated Bixby button is on the left edge of the phone. 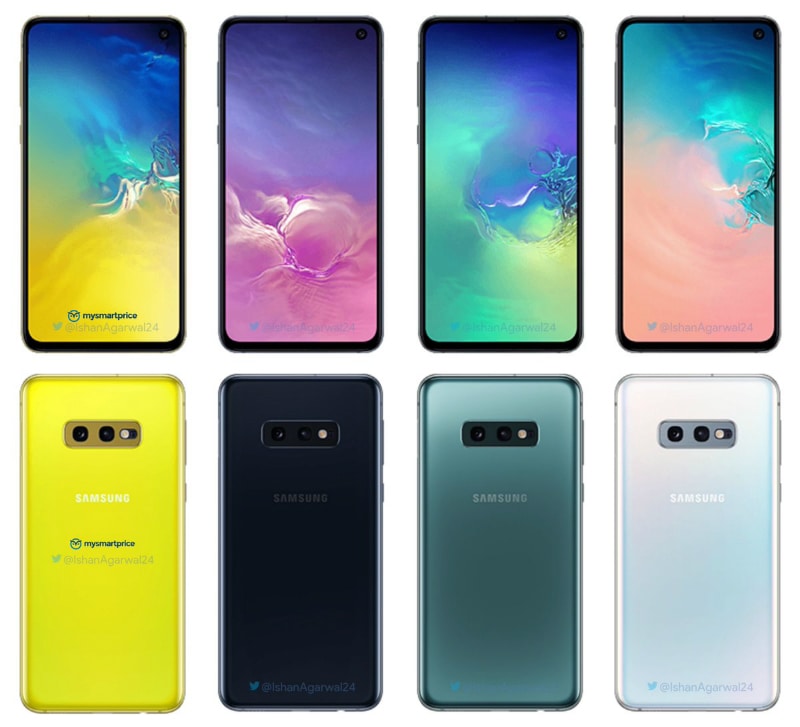 Agarwal has also shared another photo comparing all the colour variants expected, apart from the Ceramic ones. The Blue colour option, he claims, will be available a little later.

Samsung is set to announce its Samsung Galaxy S10 series at its Unpacked event on February 20 in San Francisco. The company is also rumoured to launch its foldable device alongside.