Samsung Galaxy Tab S5e specifications
The Samsung Galaxy Tab S5e comes equipped with a 10.5-inch WQXGA (2560×1600 pixel) Super AMOLED display with slim bezels, 16:10 aspect ratio, and 81.8 percent screen-to-body ratio. The tablet is powered by the Snapdragon 670 processor, paired with up to 6GB of RAM and 128GB of internal storage that can be expanded via a microSD card (up to 512GB). It has a 13-megapixel rear camera and an 8-megapixel front camera. The device also comes with four speakers that are backed by Dolby Atmos technology with hardware tuned by AKG, and has a USB Type-C (Gen 3.1) port and a pogo connector for using it with the keyboard that will be available separately.

Android 9 Pie handles things on the software side with additional productivity features comprising of Bixby 2.0 support, integrated DeX functionality, Quick Command, and call and message continuity for communicating using the tablet itself. The tablet also packs 7,040 mAh battery with support for fast charging. 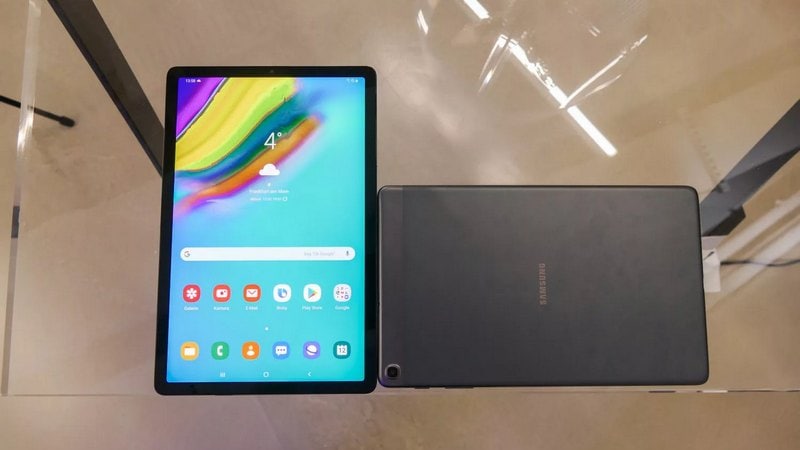 Samsung Galaxy Tab A 10.1 specifications
The Samsung Galaxy Tab A 10.1 packs a 10.1-inch display with a resolution of 1920 × 1200 pixels and 16:10 aspect ratio. It is powered by the Exynos 7904 SoC, paired with 3GB of RAM and 32GB of internal storage that can be expanded further via microSD card (up to 400GB). It features an 8-megapixel rear camera and a 5-megapixel front camera, and draws powers from a 6,150mAh battery. Additionally, the tablet packs dual speakers with Dolby Atmos support and can connect with an external keyboard via the pogo pin port.

Will MWC 2019 Introduce Port-Less Phones to the World?

Stan Lee Cameo in Avengers: Endgame Might Be the Final One,...