Vinicius scored a stunning volley in the second half after Sergio Ramos and Lucas Vasquez had established a two goal lead for the hosts, with Solari admitting the 18-year-old winger is making ‘huge strides.’

Speaking to the media following the win (via ​Real Madrid’s official website), Solari reserved special praise for the Brazilian who scored his third goal for the club. 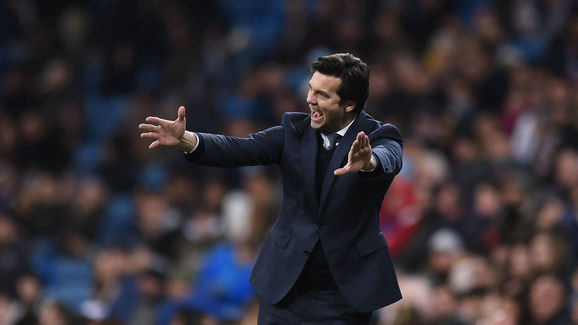 He said: “It was a very good performance. Vinicius is making huge strides. He’s always had the talent but to develop it at the Bernabéu surrounded by wonderful players speaks volumes about his confidence, rawness and the enjoyment he exudes with the ball at his feet.

“He’s 18 years of age and you have to look after yourself in football. It’s important for him to keep going. We’re very happy with his current performance levels, he’s keen to take people on.

“His goal showed wonderful technique and we hope he continues to grow both from individual and collective points of view.” Solari was also questioned over the falling attendances at the Bernabeu after just 53,000 watched Madrid to lose to Real Sociedad in ​La Liga at the weekend, with even fewer through the gates on Wednesday.

He added: “Real Madrid has hundreds of millions of fans around the world. Not everyone can come to the Bernabéu. Real Madrid is the global brand of football and there are always people watching and we always feel that they are with us”.