Authorities here will not say what became of Saud al-Qahtani, a powerful royal adviser whom Saudi prosecutors allege played a major role in the events that led to Jamal Khashoggi’s killing in Istanbul three months ago.

So in the seven weeks since the government said he was under investigation, only rumors have filled the silence. He was spotted recently in the coastal city of Jiddah, a resident said, and in the offices of the royal court here in the capital, according to a person who works with the government. Other accounts put Qahtani, once a top aide to Crown Prince Mohammed bin Salman, in a remote corner of the kingdom, laying low.

The government’s treatment of Qahtani is being closely watched in Washington and other foreign capitals as a test of whether Saudi Arabia is sincere about prosecuting everyone found to be involved in Khashoggi’s killing, including senior officials. Even then, the many unanswered questions surrounding Qahtani’s role include whether he helped hatch the plot, as some Saudi officials allege, or is a fall guy served up by the government.

The CIA has concluded with medium to high confidence that the crown prince likely ordered the Khashoggi operation. Saudi officials say Mohammed was unaware of the plot, and some of them privately suggest it was a misguided plan by Qahtani to demonstrate his loyalty to his boss.

The Saudi government did not respond to requests for comment about whether he is free, detained or under indictment. Qahtani did not immediately respond to an email requesting comment on his whereabouts. A person close to the Saudi royal court said he believed Qahtani was under house arrest but could not be sure. On Thursday, Saudi Arabia’s general prosecutor said 11 defendants had appeared in court for the first time, but the prosecutor’s office did not release their names, or say if Qahtani was among them.

A US official said in a conference call with reporters that the Trump administration was “pleased” to see the beginning of the trial but added that the legal process had not yet “hit that threshold of credibility and accountability.”

The last detailed government comment on Qahtani was on November 15, when prosecutors said he was under investigation and had been forbidden from leaving the kingdom. That same day, the Trump administration said it had imposed sanctions on Qahtani, calling him “part of the planning and execution of the operation that led to the killing of Mr. Khashoggi.”

The Saudi government said Qahtani had been fired from his post as royal court adviser. But the lack of clarity on his status – and the various reported sightings of him – have raised questions about whether he continues to wield influence behind the scenes. 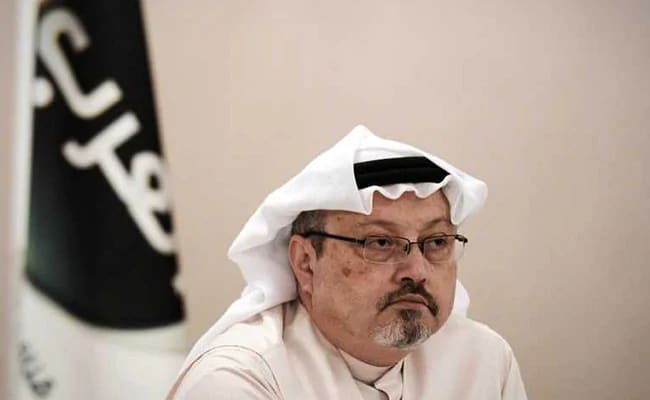 Some argue that Qahtani’s fate is beside the point. They say the more urgent question is whether Saudi Arabia has taken steps to repudiate the repressive policies that he has come to represent. According to human rights groups, Qahtani was intimately involved in the government’s arrests of critics and rivals to the crown prince, alleged torture of detainees and aggressive pursuit of the kingdom’s critics abroad.

Saudi officials have called Khashoggi’s death a tragic mistake but cast it as an isolated incident that does not represent the government’s policies.

A Cabinet shakeup last month that added a few seasoned ministers was seen as a tacit acknowledgement by the Saudi leadership that the crown prince was in need of more prudent counsel.

But it was a far cry from reforming the system, said Hala al-Dosari, a longtime Saudi human rights activist who lives in the United States. “The only thing they changed is the people,” she said. “They didn’t take any steps to revise the portfolios he handled since he was appointed, including the arrests and abuse of the women activists and other prisoners of conscience,” she added, referring to Qahtani’s role in the detention and alleged abuse of a group of women’s rights activists.

Saudi Arabia has promised a transparent investigation into the killing of Khashoggi, a contributing columnist for The Washington Post who vanished soon after entering the Saudi consulate in Istanbul on October 2. Saudi and Turkish authorities both said the culprits were members of a 15-person team of Saudi agents that was sent to Turkey and that Khashoggi’s body was dismembered after he was killed.

Attention focused on Qahtani almost as soon as the killing was revealed.

From his powerful post as a media adviser to the crown prince, he was a pugilistic defender of Mohammed’s policies on social media and the ringleader of an online effort to harass the kingdom’s critics. Qahtani had also played a central role in the Saudi effort to bring exiled critics, like Khashoggi, back to the country.

Saudi government officials have said that effort was focused on returning dissidents through negotiations – despite what happened to Khashoggi and accounts of forced repatriations.

After initially denying any role in Khashoggi’s disappearance, the Saudi government acknowledged in mid-October that he had been killed by Saudi agents and said Qahtani and several other officials had been fired, for unspecified reasons.

The government added more detail weeks later, when prosecutors announced that their investigation had found the killing was the result of a botched attempt to bring Khashoggi home alive. Prosecutors said that members of the Saudi team in Istanbul had disobeyed their orders and decided to kill the journalist if he did not accompany them willingly.

Qahtani, who knew Khashoggi, met with the Saudi team before they left for Turkey “to share with them information relevant to the mission based on his specialization in media,” according to a government summary of the prosecutors’ investigation that referred to Qahtani only as “the adviser.”

Qahtani “expressed his belief that the victim was co-opted by organizations and states hostile to the Kingdom and that the victim’s presence outside of Saudi Arabia represents a threat to national security,” the summary said, referring to Khashoggi.

Some Saudi officials, shaken by the global backlash, have privately invoked Qahtani’s name as a way of assigning blame for decisions that have embarrassed the crown prince, including the brief detention last year of Lebanon’s prime minister while in Saudi Arabia.

Qahtani had served the royal court for more than a decade, but his reputation as a nationalist, hawkish enforcer coincided with the Crown Prince Mohammed’s rise to power, analysts said.

He embraced the role with zeal. People familiar with the detention conditions of Saudi women’s rights activists who were imprisoned last year have in recent weeks said that Qahtani personally supervised the torture of at least two of the women.

One of them, Loujain al-Hathloul, was abused by six security officers in a secret detention facility several months ago. As they forcibly kissed her while subjecting her to electrical shocks, Qahtani sat in the room watching his men and taunting her, according to two people who were briefed on her detention.

In the past few weeks, some Saudi citizens have vocally defended Qahtani on social media. One person posted a message on Twitter saying a “rumor campaign” had targeted Qahtani and Ahmed al-Assiri, a former senior intelligence official who prosecutors have also named in the plot that killed Khashoggi.

Fahad al-Ahmadi, a Saudi journalist with 272,000 followers, retweeted the message, and added: “No one doubts their loyalty to the homeland.”