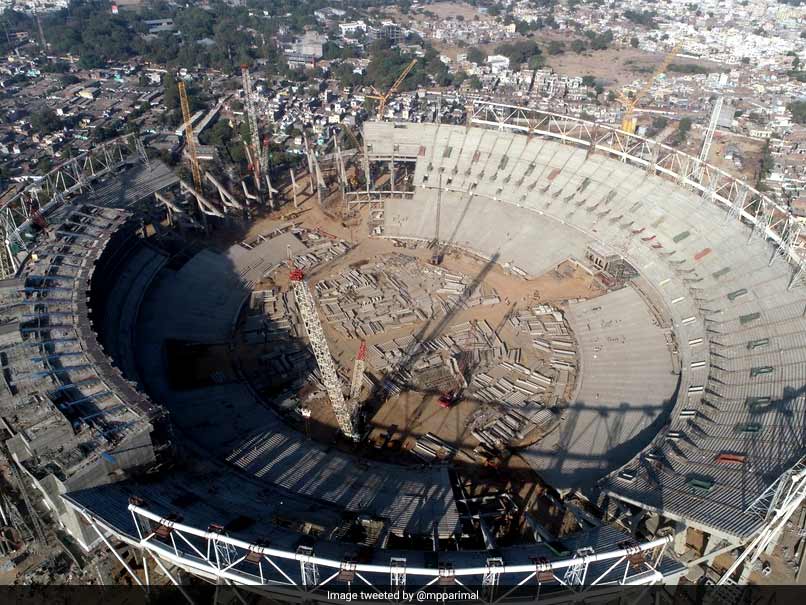 The Motera stadium, Ahmedabad is currently being revamped in a bid to make it the world’s largest stadium. In a tweet by Gujarat Cricket Association (GCA) Vice-President Parimal Nathwani, the pictures of the stadium under construction were released for the first time. Talking about the “dream project”, Nathwani said that the stadium will be larger than the Melbourne Cricket Ground (MCG). He also said that once the construction of GCA’s dream stadium completes, it will become a matter of pride for the entire nation.

See the first pictures of the world’s largest stadium under construction:

World’s Largest Cricket Stadium, larger than #Melbourne, is under construction at #Motera in #Ahmedabad,#Gujarat. Once completed the dream project of #GujaratCricketAssociation will become pride of entire India. Sharing glimpses of construction work under way. @BCCI @ICC #cricket pic.twitter.com/WbeoCXNqRJ

The Motera stadium, before being revamped, had hosted 23 One-Day Internationals (ODIs) till December 2011.

Among other important events, cricket legend Sachin Tendulkar had scored his first Test Match double-hundred against New Zealand in this very stadium.

The Motera stadium was first constructed in the year 1982, with a seating capacity of 49,000. The stadium hosted its first Test in the year 1983, between India and the Windies.

Meanwhile, the MCG currently holds a seating capacity of 90,000. It was established in the year 1853.

India recently won a Test match against Australia by 137 runs, which was hosted at the MCG. The visitors later went on to clinch the Border-Gavaskar series 2-1.