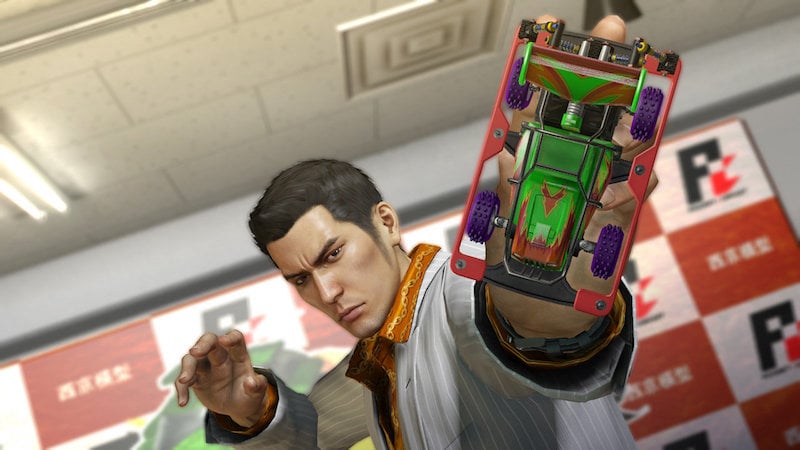 If you were expecting Yakuza 0, Kiwami, Kiwami 2, or even Yakuza 6 on the Xbox One, think again. Sega has confirmed that it has ‘no plans’ to bring any of the games in the franchise to Microsoft’s console. With the announcement of Yakuza Kiwami coming to PC on February 19, the Sega Twitter account was asked if the game would hit the Xbox One. The reply was a straightforward “no plans for Xbox platforms.” Tragic when the series’ developers did consider the Xbox One as a viable option. Evidently this is no longer the case.

Previously, Sega stated that Yakuza 0 and Persona 5 won’t be hitting the Nintendo Switch or PC.

Sadly no plans for Xbox platforms.

Taking to Twitter to address fans asking if either game would see a release outside of Sony consoles, Atlus/Sega of America PR manager John Hardin had this to say:

What Hardin is referring to is Yakuza 0 sporting a label that states “PS4 Console Exclusive Game” in the US. Which did give some hope it would be available on other platforms. For the European release it says “Only On PlayStation”.

Nonetheless, this partially overturned with Yakuza 0 hitting the PC and Yakuza Kiwami slated for release later this month. While we’re yet to hear of Persona 5 being available on the PC, a Nintendo Switch release is something fans are holding out for considering Persona 5 protagonist Joker is coming to Super Smash Bros. Ultimate.

Perhaps Sony’s involvement in the development of the Yakuza franchise makes an Xbox release impossible? It doesn’t seem so given the comments from series producer Daisuke Sato. Speaking to Gameblog.fr (translation via Gematsu) he had this to say:

“To be realistic about what happened, Yakuza 1 & 2 HD for Wii U was a huge failure. But we are always looking to develop for multiple platforms as much as possible and know that brings in a greater audience to attract more people. However, as far as Switch is concerned, I’m convinced that it isn’t the ideal platform on which to develop Yakuza games. Maybe people don’t expect this kind of game on Switch. Maybe they’re used to different games. It may not be the ideal platform. As for Xbox One, we can consider it, knowing that Xbox One users may be more likely to be interested in a game like Yakuza. This could potentially be an option.”