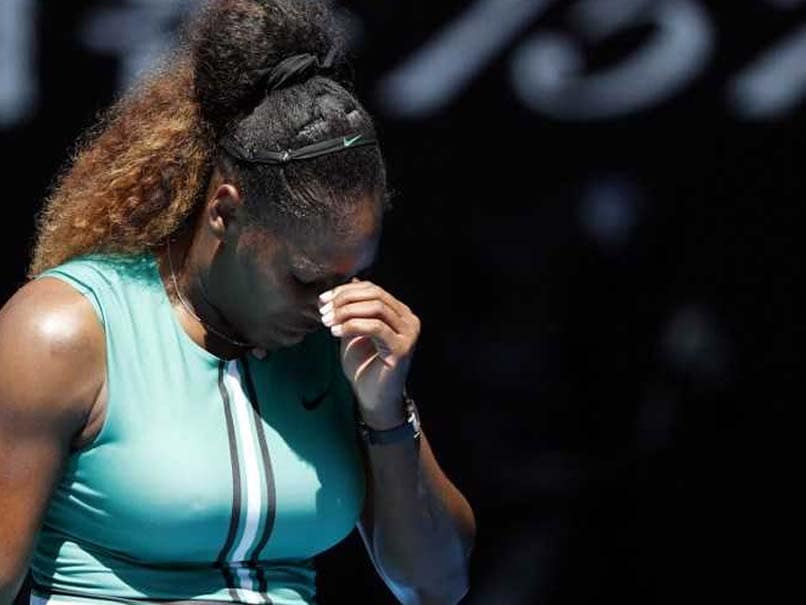 Serena Williams’s bid to equal Margaret Court’s record 24 Grand Slam titles was brought to a shuddering halt in sensational style Wednesday by Karolina Pliskova, who will face Naomi Osaka in the Australian Open semi-finals. The American great had beaten world number one Simona Halep in the fourth round but folded against the big-serving Czech seventh seed, who saved four match points before winning 6-4, 4-6, 7-5 under the hot Melbourne sun.

It was a gut-wrenching defeat for the 37-year-old, who battled back from a set down and was leading 5-1 in the third and serving for the match, only to throw it away with some poor serving and wild shots as frustrations bubbled to the surface.

Since returning last year from giving birth, Williams has made four unsuccessful attempts to match Court’s record, and the wait continues with the French Open in May her next chance.

“She was playing very well. Especially at the end of the second set she went for her shots and she was aggressive,” said Pliskova after depriving Williams of a US Open final rematch with Osaka.

“I played too passive. I was almost in the locker-room but now I am standing here as a winner. It is a very good feeling.”

For Pliskova, it is only her third semi-final at a major.

She made the last four at Roland Garros in 2017 and the US Open a year earlier, where she beat Williams before losing the final to Angelique Kerber.

A focused Osaka brutally swept past Ukraine’s Svitolina, who was troubled by neck and shoulder problems, in her attempt to win back-to-back Grand Slams.

The Ukrainian needed a similar medical timeout during her third round match, but it was nevertheless a serious statement from the steely-eyed Osaka, who was playing the sort of tennis which drove her to the US Open title.

“I tried to be consistent, it’s unfortunate that she got injured but playing against her even when she was injured was still really tough,” said the usually bubbly 21-year-old, who was completely focused on court.

“I just had one goal, to try as hard I can and not get angry. I didn’t do that really well in the last two rounds and I did that today so I’m really happy with the way I played.”

The win ensured she became the first Japanese woman in the final four at Melbourne Park since Kimiko Date in 1994.

Svitolina, who has failed to go further than the quarter-finals now four times at Grand Slams, said she had been feeling her injury throughout the tournament, but didn’t want to use it as an excuse.

“Unfortunately I couldn’t produce 100 percent the game that I wanted. But in the end, she was just playing better today,” she said.

Svitolina, who said her goal was to reach number one and win a Slam this year, added: “I don’t want to get down on myself. It’s only positives from here.”

The Serbian world number one admitted he “didn’t feel so great” after surviving a stiff four-set test in the last 16, and knows he has his work cut out against the Japanese star who has battled through three hard five-setters so far.

“He’s a very talented player. One of the quickest players on the tour. You know, hard worker. I have lots of respect for him,” said the Serbian world number one.

Stefanos Tsitsipas and Rafael Nadal have already secured their berths in the last four.