Atlético Madrid were held to a 1-1 draw by Sevilla on Sunday afternoon, in a heated contest at the Ramón Sánchez Pizjuán Stadium.

Sevilla broke the deadlock in the 36th minute, as Wissam Ben Yedder turned to face goal in the six-yard box before slotting home in style. Atléti pulled a goal back on the brink of half-time, as talisman Antoine Griezmann bent a stunning free kick into the net from twenty yards out.

While Los Hispalenses had dominated the first half, it was a much more even contest in the second, with Simeone’s side looking an improved team after the break. However, despite a number of attempts from both sides, neither was able to find the winner, and will see the draw as a missed opportunity to noticeably narrow the gap on league leaders Barcelona.

Pablo Machín’s men had ​Atléti on the ropes for much of the first half, and spurned some great chances to double their initial 1-0 lead. The southern side showed great courage in their spirited attacking play, but their lack of clinical finishing ultimately let them down. It was an opportunity to announce themselves as title contenders, but it just wasn’t to be. 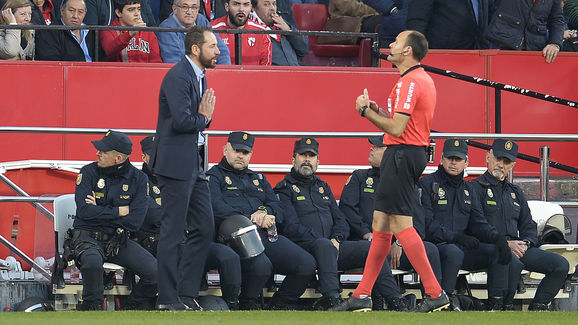 The 21-year-old has barely featured for Sevilla this season, but he repaid his manager’s faith with an excellent showing in arguably their most important game of the season so far against Atléti. The France U-21 international kept Thomas Lemar quiet all afternoon, repeatedly out-jumping, and indeed out-muscling, his fellow countryman with apparent ease.

Sevilla should have beaten Atletico. Good game. Gnagnon, he is solid as a rock, promising defender!

Joris Gnagnon for Sevilla is a huge prospect at just 21 years old.

I’m so pleased to see Gnagnon put in a performance like that. He’s a quality player – I certainly miss him at Rennes.

An uncharacteristically poor performance from the Spaniard, who has been one of his side’s best players this season. Nothing seemed to go right for the tenacious midfielder on this occasion, who was effectively marked out of the game by the well-drilled Atléti defence. Sarabia will be bitterly disappointed with his display, when he was tipped beforehand as a potential match-winner.

Despite being very much in with a chance of winning the title this season, Atléti have really struggled away from home lately. Simeone’s side have now won just twice away from home in the league this season, having consistently crumbled under pressure when facing challenges on the road. Well, in a must-win game, Los Colchoneros came up short once again, failing to overcome their fellow title contenders at the Ramón Sánchez Pizjuán Stadium. Winning titles is all about grinding out big results, and Atléti never looked like triumphing on this occasion. 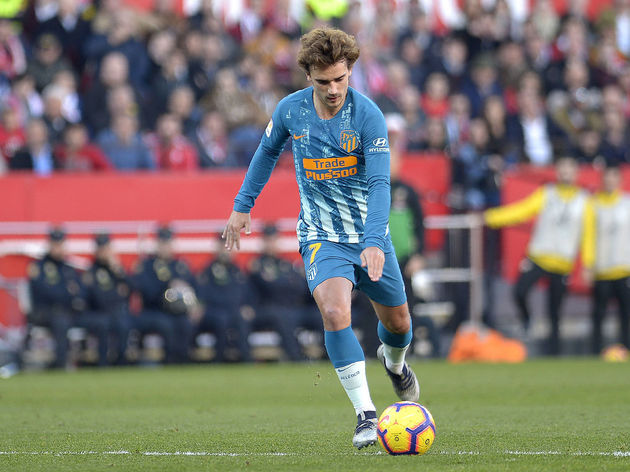 Cometh the hour, cometh the man. The 2018 World Cup winner’s sumptuous, trademark free-kick was exactly the psychological boost his side needed heading into the half-time break, after being comprehensively outplayed in the first half. Once again, he was his side’s biggest attacking threat, and was unlucky not to bag at least another goal.

Something so inevitable about that Griezmann free-kick. Atletico have been played off the park for entirety of first half then BOOM.

Griezmann is unreal baller but doesnt get enough praise 

The winger has failed to impress since making the switch from Ligue 1 to La Liga, and had another dismal display against Sevilla on Sunday. The France international was unable to make any impact in the game. Simeone is unlikely to drop his big-money signing any time soon, and will be desperate for him to reproduce his Monaco form in the near future.

Sevilla will be bitterly disappointed to have squandered a prime opportunity to overtake Atléti, and will look for a positive response when they face Athletic Bilbao twice within the space of a week – once in the Copa del Rey, and once in La Liga.

Atlético will look to improve their away form with a tricky trip to Girona in the Copa del Rey, before they face  Levante at the Wanda Metropolitano Stadium next weekend.

Small leak found from nuclear Soviet sub that sank in 1989