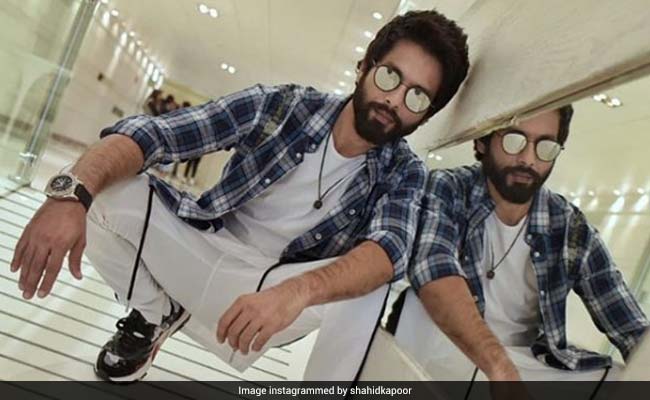 Looks like Sunday’s episode of Koffee With Karan 6 is going to be a super interesting one with actor-brothers Shahid Kapoor and Ishaan Khatter on the koffee couch. Glimpses of what to expect from the upcoming episode were shared on Star World’s Instagram page and what can we say, it sure looks like a laugh riot. One of the promos reveal that Shahid talked about his exes and promptly answered when asked about the advice he would like to give Priyanka Chopra’s husband Nick Jonas. “Never back down buddy, you’re with the original desi girl,” Shahid said. Shahid Kapoor and Priyanka Chopra were briefly linked sometime during the shooting of their film Teri Meri Kahani, which released in 2012.

The fun-filled promos of the Shahid-Ishaan koffee episode also revealed that the brother duo also talked about Janhvi Kapoor, who Ishaan is reported to be dating. Shahid, who jumped to Ishaan’s defence, set the record straight as he said on the show: “Janhvi is not special like that. He buzzes around a lot of people. It started many years ago with his mother and with me and now she’s one of those people he buzzes around.”

This is the first time that Ishaan Khatter will be in conversation with Karan Johar on his talk show. This episode of Koffee With Karan airs this Sunday.