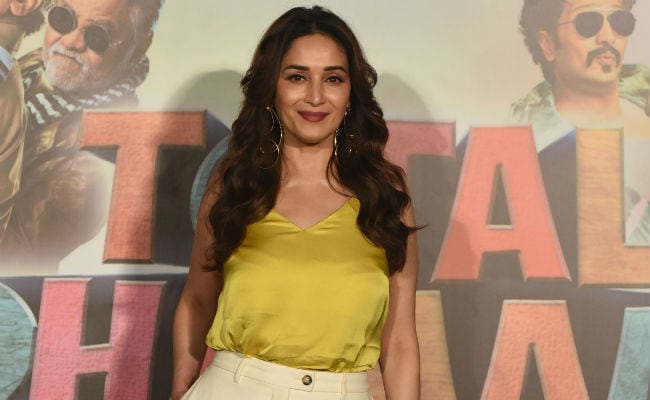 Actress Madhuri Dixit, who has worked previously with Alok Nath and Soumik Sen, accused in different #MeToo accounts, told news agency PTI that it was “shocking” to read their names in the controversy. “It is always shocking. Because you’ve known them and you’ve not known them like that,” she said. Alok Nath has been implicated in several #MeToo stories. Last year, writer-director Vinta Nanda shared her account of being raped by an actor 19 years ago, who was identified as Alok Nath, based on her description of her alleged rapist as a ‘sanskaari‘ actor. After Ms Nanda, actress Sandhya Mridul and a crew member from his 1994 film Hum Saath-Saath Hain also named and shamed Alok Nath in their respective #MeToo stories. Meanwhile, Soumik Sen was named in an anonymous #MeToo account.

“It is always shocking when something like that comes out. What you’ve known them and what you’re reading is two different people. It was so shocking,” Madhuri added.

Madhuri Dixit has worked with Alok Nath in several films of the early Nineties including Dayavan, Jamai Raja, Hum Aapke Hain Koun..! and Hum Tumhare Hain Sanam while her 2014 film Gulaab Gang was directed by Soumik Sen, who recently made Why Cheat India with Emraan Hashmi.

Meanwhile, on the work front, Madhuri Dixit is currently awaiting the release of Total Dhamaal, after which she will be seen in Kalank.