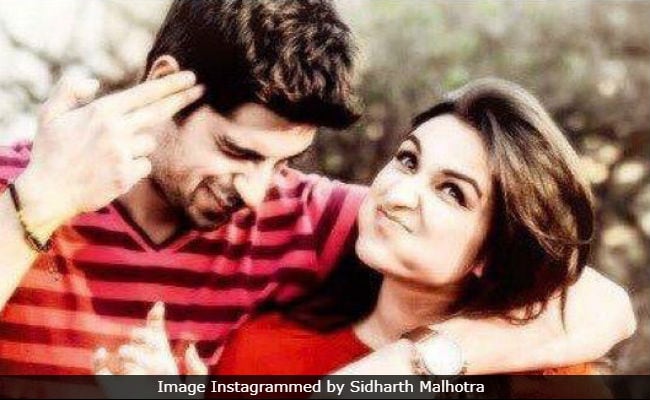 As Sidharth Malhotra’s 2014 film Hasee Toh Phasee clocked 5 years on Thursday, the actor shared special then and now post for his film’s co-star Parineeti Chopra. Sidharth, who made his Bollywood debut with Karan Johar’s 2012 film Student Of The Year, shared a picture collage of himself and Parineeti, from the sets of Hasee Toh Phasee, which was juxtaposed with a recent photograph of the duo, which happens to be from the sets of Jabriya Jodi, in which he shares screen space with Parineeti. Sidharth captioned the picture collage in the sweetest way possible.

Sidharth captioned the post: “Celebrating 5 years of Hasee Toh Phasee and looking ahead to our crazy, energetic, mad journey of Jabariya Jodi. So much has changed and yet everything is still the same.”

Without much ado, check out Sidharth Malhotra’s post here:

Parineeti Chopra was last seen in Namaste England, co-starring Arjun Kapoor. She also has Sandeep Aur Pinky Faraar and Kesari in the pipeline.