​Manchester United have confirmed that Sir Alex Ferguson will return to the dugout at Old Trafford as the club host a charity match in May for the Manchester United Foundation – which will celebrate 20 years since their historic treble in 1999.

The game is set to be held on 26 May this year, exactly 20 years since United beat Bayern Munich 2-1 in the Champions League final in 1999 to complete an infamous title treble, with a United side set to take on the Bavarians once more to mark the game’s anniversary.

Sir Alex Ferguson is returning to the Old Trafford dugout for a special #Treble99 reunion! 

The club have confirmed on their ​official website that legendary boss Ferguson, who oversaw that famous night at Camp Nou in Barcelona 20 years ago, will take charge of a ​Manchester United ’99 Legends side for the commemorative match at Old Trafford.

As quoted by ​Manchester Evening News, Ferguson said ahead of the event: “I’m really looking forward to what will be a special day at Old Trafford. It will be great to catch up with some familiar faces and a great opportunity to support the work of the Manchester United Foundation.”

The players set to feature for the United side are yet to be confirmed, though former Red Devils defender Gary Neville has seemed to confirm his likely involvement in the event.

Responding to a tweet from the club, Neville wrote on ​Twitter: “Me I have to run on that pitch!” 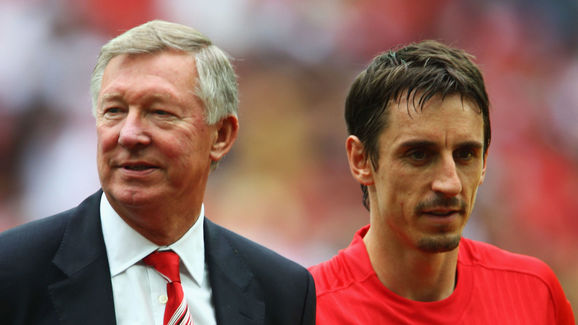 Klopp Insists He's Not Concerned by Manchester City Result as He...