Sony is reportedly gearing up to launch a new flagship phone that will act as an XL or Plus variant of the Xperia 5, and might go by the name Xperia 5 Plus. High quality renders and a 360-degree video allegedly depicting the Sony Xperia 5 Plus have surfaced online, in which the phone is shown packing a triple rear camera setup and a separate ToF lens for depth mapping. The design of the purported Xperia 5 Plus is typical Sony affair, with a tall aspect ratio, a familiar design that screams Xperia 5, and a glossy build complete with a metallic frame. The latest leak tips that the upcoming Sony phone will pack a 6.6-inch OLED display and dual front-firing speakers. 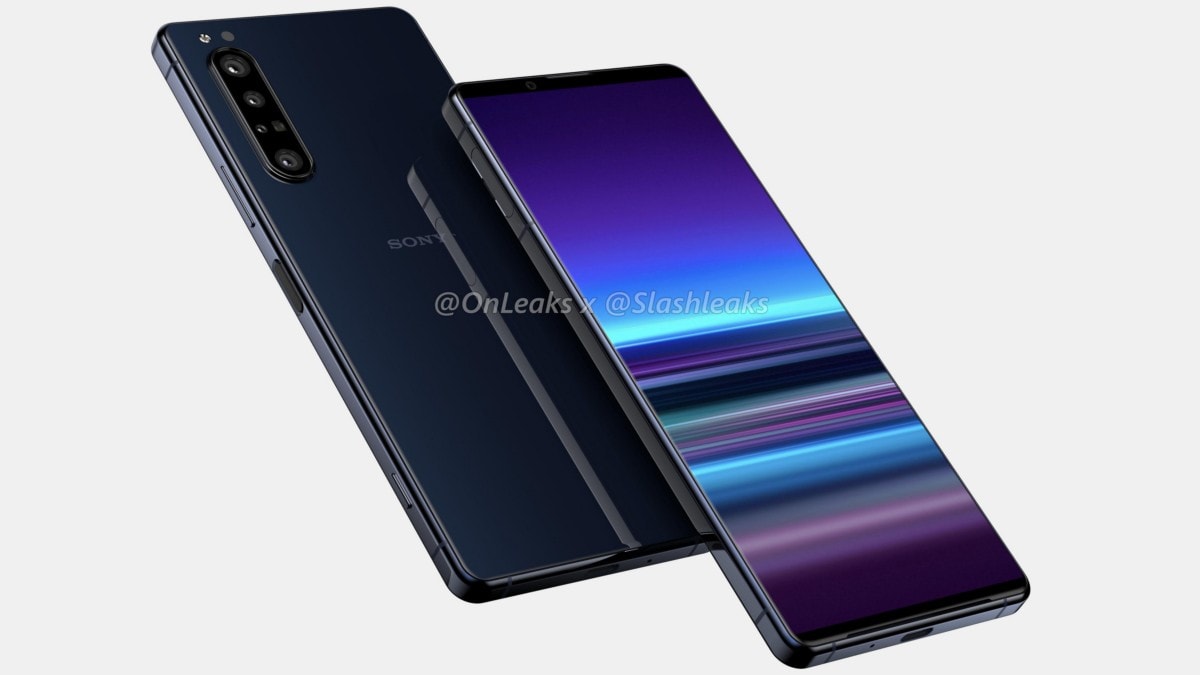 The alleged Xperia 5 Plus leak-based renders and 360-degree video come courtesy of @OnLeaks in collaboration with Slashleaks, and show the phone clad in a glossy dark blue paintjob. The Xperia 5 is said to pack a 6.6-inch OLED display with a design similar to that of the Xperia 5, however, the bezels on the Xperia 5 Plus are comparatively thinner. The leaked images suggest that the upcoming Sony phone will inherit the 21:9 tall aspect ratio from its siblings, but there is no word on the resolution or other aspects such as brightness output or refresh rate yet.

Sony’s Xperia 5 Plus is said to pack dual front-firing speakers, but it is not clear if they will deliver a stereo effect. The phone will reportedly pack a triple rear camera setup that will most likely consist of a regular RGB sensor, a wide-angle camera, and a telephoto or macro lens. On the front, the phone is tipped to sport an 8-megapixel selfie snapper, which is quite low compared to 2020 standards.

The Xperia 5 Plus 360-degree video shows a side-mounted fingerprint sensor and what appears to be a dedicated shutter button for clicking photos. Interestingly, the upcoming Sony phone will retain the 3.5mm headphone jack. Dimensions of the Xperia 5 Plus are said to be 168.2 x 71.6 x 8.1mm, but details about the rest of the internal hardware are not known yet.

Gmail Smart Compose Feature Rolling Out to Other Android Devices