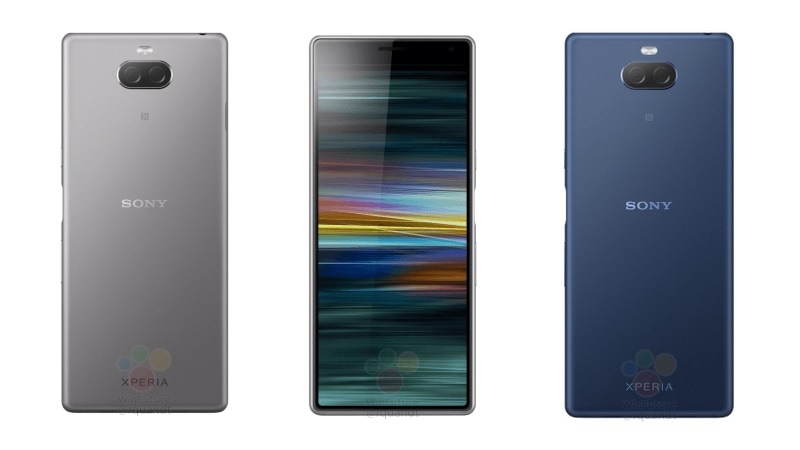 Sony was recently granted the trademark for “CinemaWide” displays for smartphones with 21:9 aspect ratio that is expected to debut on the flagship Sony Xperia XZ4. It now appears that Sony will bring the tall display form factor to the Xperia XA-Series of mid-range smartphones too. As per alleged renders of the upcoming Sony Xperia XA3, it will reportedly sport a 21:9 display with almost no bottom bezel and a side-mounted fingerprint sensor. Moreover, the yet-to-be-announced Sony smartphone is depicted in four colour options and is shown flaunting dual rear cameras in the new set of alleged product renders.

The Sony Xperia XA3 renders, that come courtesy of WinFuture, are claimed to depict the upcoming smartphone in all its glory and are reportedly closer to the final design than previously leaked renders. As per the leaked images, the Sony Xperia XA3 might be available in four colour options Black, Blue, Pink, and Silver. The design of the Sony Xperia XA3 depicted in the new set of renders show a rear panel design that is quite similar to what past leaks have shown, but the major difference is the smartphone’s front fascia. Going by the new renders, the Sony Xperia XA3 will feature a tall display with almost no bottom bezels and a thick top bezel, creating an unbalanced profile that might not be particularly ergonomic.

The bottom of the Sony Xperia XA3 will feature a USB Type-C port flanked on either side by bottom firing speakers while the fingerprint sensor sits between the volume rockers and the power button on the right edge. Unfortunately, the high quality renders only give us a detailed look at what the upcoming Sony offering might look like but there is no word on the hardware specifications of the smartphone. Also, it cannot be said with certainty whether the renders depict the Sony Xperia XA3 or its larger Xperia XA3 Ultra or the Xperia XA3 Plus siblings.

The Sony Xperia XA3 is rumoured to come equipped with a 5.9-inch display and will be powered by the Snapdragon 660 SoC coupled with 6GB of RAM and 64GB of inbuilt storage, while Android Pie will handle things on the software side. The Sony Xperia XA3 has allegedly received the Bluetooth certification and has been certified in Russia as well, indicating that the smartphone is inching closer to its launch. Sony is yet to announce an official launch date, but as per rumours circulating in the leak arena, Sony might unveil the Xperia XA3 at an event scheduled for February 25, 2019 in Barcelona later this month.