We have seen a steady flow of leaks about the upcoming Sony Xperia XZ4. The latest flagship from smartphone marker Sony is anticipated to break cover at MWC 2019 in Barcelona. This will be the fourth flagship in the Xperia XZ series and is rumoured to be powered by a Qualcomm Snapdragon 855 SoC. From some of the previous render leaks, we already expect that it will have a tall 6.5-inch display with a 21:9 aspect ratio. The earliest render also pointed to a triple camera setup at the back, which is a first on a Sony smartphone. The company

Fresh leaks corroborate the rumour that the Xperia XZ4 will have a triple camera setup at the back. This setup is now said to consist of a 52-megapixel primary sensor with an f/1.6 aperture, a 16-megapixel telephoto lens with an f/2.6 aperture and a 0.3-megapixel ToF sensor with an f/1.4 aperture. If this turns out to be true, it will be the first smartphone to have such a high-resolution camera, leaving the recently launched Honor View 20 and the Redmi Note 7 behind. 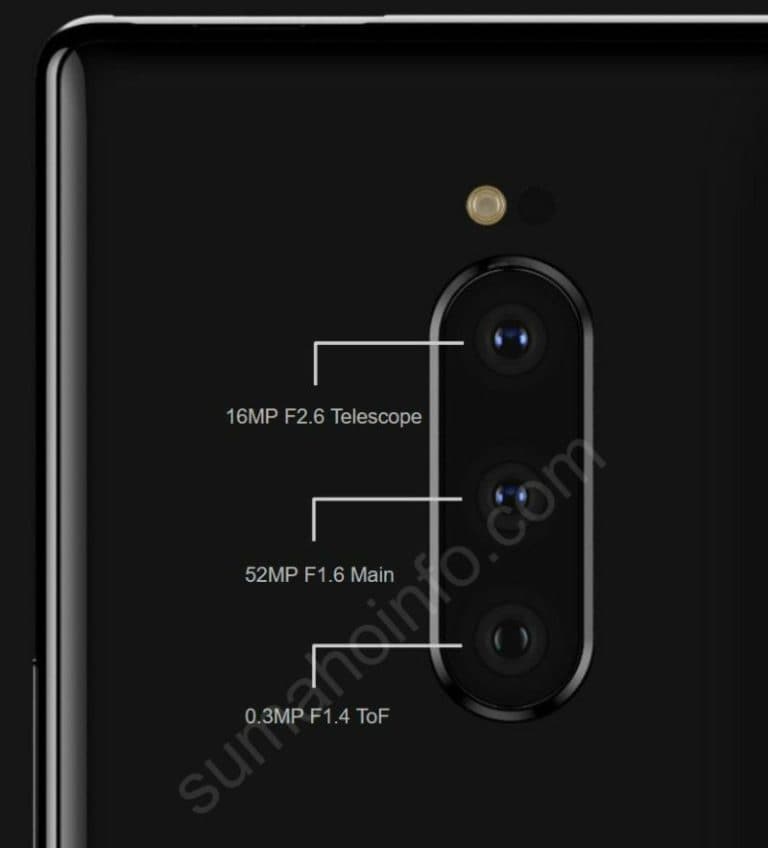 The 0.3-megapixel ToF sensor is used to aid autofocus on the Xperia XZ4 but it can also be used for 3D scanning features. Sumahoinfo, which reported the leak, claims the leak was sourced from a Reddit post and featured a CAD-based render was leaked in the past. Recently leaked images also showed the taller than usual display.

A recent leak, which looks like it was taken from a Chinese or Taiwanese version of Sony’s official website revealed a lot about the Xperia XZ4. It mentioned that the 6.5 OLED display will have QHD+ resolution (1440×3360 pixels) with support for HDR and Corning Gorilla Glass 5 on top.

The Xperia XZ4 is rumoured to be powered by the Qualcomm Snapdragon 855 SoC and have 6GB of RAM along with 128GB of inbuilt storage. The storage is said to be expandable further up to 512GB via microSD card slot.

Sony is said to ship the Xperia XZ4 with Android 9.0 Pie out-of-the-box. It will pack in a big 4,400mAh battery with support for Qnovo Adaptive charging, USB PD, and Qi wireless charging. The Xperia XZ4 is rumoured to come in a new Deep Purple Colour along with Black, Silver, and Blue colour options. Sony has managed to keep the price and availability of the Xperia XZ4 under wraps but will reveal it at MWC 2019.

Android 10 Released, Starts Rolling Out to All Google Pixel Phones:...