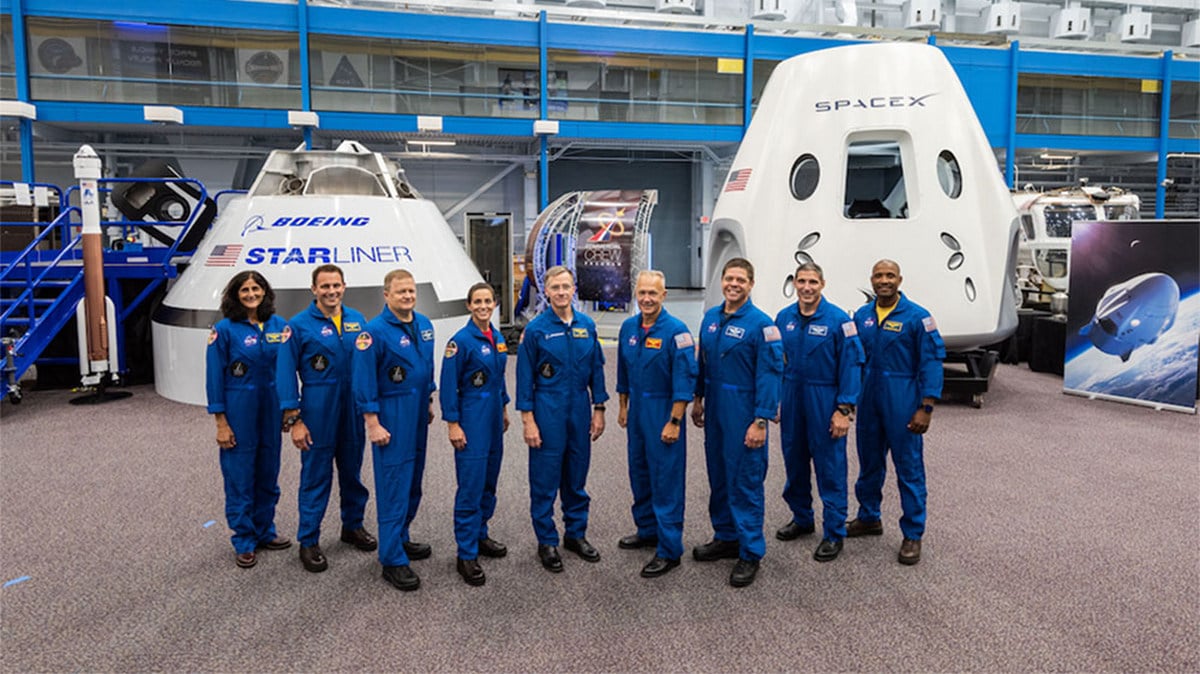 Getting astronauts to the International Space Station was supposed to become routine, so much so that NASA was confident enough to hire a pair of contractors to provide a taxi-like service to low Earth orbit. That, in turn, would allow NASA to focus on the hard stuff-deep space exploration to the moon and Mars.

But four years after awarding the contracts, worth $6.8 billion combined to Boeing and SpaceX, the agency is still not able to fly astronauts, a capability it has not had since the space shuttle was retired in 2011.

A new report from a government watchdog paints a grim picture of the program, as both companies “continue to experience delays” in developing their spacecraft and are already two years behind schedule. The situation was made worse when SpaceX’s Dragon spacecraft exploded during an engine test in April, sending a thick plume of smoke wafting over the Florida coastline.

The company has still not determined what caused the failure during a test of abort engines designed to carry the spacecraft away from the rocket in an emergency. The investigation is continuing, and the company had no update Thursday about the cause or what effect it would have on the company’s schedule. But NASA Administrator Jim Bridenstine recently told reporters there is “no doubt the schedule will change” as a result of the failure.

Boeing has had problems as well. Last year, during a test of its abort system, it had a propellant leak after four of eight valves failed to close properly. The investigation and remediation efforts resulted in a one-year delay, according to the Government Accountability Office, which released the report Thursday. But the system has since been tested successfully, the company said.

The GAO said Boeing also has a problem with its Starliner capsule generating debris when it separates from its service module, which could “damage the spacecraft” and force the company “to explore a possible redesign.” But the company said it has already fixed that problem.

In response to the report, Boeing said it was “progressing toward the first Starliner launch this summer. Safety remains our number one priority, and we’re focused on performing a safe, successful uncrewed orbital flight test.”

The report also highlighted a “safety risk” with the Atlas V rocket Boeing plans to use to launch its Starliner spacecraft. During a launch last year, the rocket’s engine position during liftoff “deviated from commands,” the GAO said.

Despite the problem, “the mission was a complete success, and the payload reached the intended orbit,” the United Launch Alliance, which operates the Atlas V rocket, said in a statement. “Subsequently, we conducted a thorough technical review of the deviation and have incorporated corrective actions on future flights to reduce the risk of a recurrence.”

In addition to the problem with its Dragon spacecraft, SpaceX continues to work on pressure vessel that sits inside one of its rocket’s fuel tanks and caused one of its rockets to explode in 2016. SpaceX has tested it extensively, the report said, and has flown it multiple times successfully.

Still, the GAO said that NASA “will need to determine whether to accept the risk associated with this technical issue prior to SpaceX’s crewed test flight.”

Since the space shuttle retired eight years ago, NASA has been forced to rely on Russia to fly its astronauts to the space station. Over time, Russia has continued to jack up the price, and now charges NASA more than $80 million a seat. Recently the delays forced NASA to buy two more seats on the Russian spacecraft to ensure that the United States would continue to have a presence on the station.

In response to the report, William Gerstenmaier, NASA’s associate administrator for human exploration and operations, said both companies have made “steady progress.” In March, SpaceX flew its Dragon capsule without astronauts on board in a test flight to the space station. Gerstenmaier called the flight, the first autonomous docking of a US spacecraft to the station, “extremely successful.”

But then the next month, the same spacecraft exploded during the engine test. Speaking to reporters in May, Hans Koenigsmann, SpaceX’s vice president of mission assurance, said the point of tests was to discover problems so that they can be fixed before flight. Despite the setback, it has continued to fly missions, including one with the cargo variant of its Dragon spacecraft, and plans to launch its Falcon Heavy rocket for the Air Force on Monday.

“We will take the lessons learned from this, and I’m convinced this will help up to ensure that Crew Dragon is one of the safest human space flight vehicles ever built,” Koenigsmann said.

On Wednesday, Dennis Muilenburg expressed confidence in Starliner, saying it would fly an uncrewed mission without crew to the station this summer and complete a flight with crews by the end of the year-a timeline many industry officials think is overly optimistic.