Real Madrid will have to part ways with a cool £312m if they want to sign Spurs striker Harry Kane.

The England international, 25, has become a top transfer target for Los Blancos in recent months as they look to bolster their attacking options – but the Premier League side have essentially nullified any hope of such a deal happening by demanding the La Liga giants pay a world-record fee for the striker. 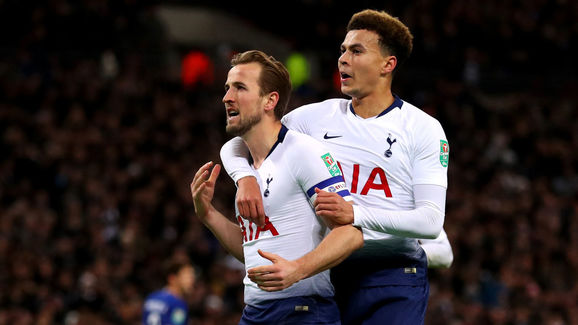 According to Spanish outlet AS, Spurs set the massive asking price following an enquiry for Kane’s services from Real.

If Los Blancos do match the £312m fee, it would easily surpass the current record transfer set in 2016, when Paris Saint-Germain paid £200m to sign Neymar from Barcelona.

As a result of the gargantuan demands from ​Tottenham, AS indicates that ​Real will consider more realistic options to solve their problems in front of goal, including Bayern Munich’s Robert Lewandowski and PSG’s Edinson Cavani.

Kane, however, remains Los Blancos’ dream target, and while the club may have some extra cash in the transfer kitty following Cristiano Ronaldo’s move to Juventus this summer, £312m for one player seems like a stretch – even for a star of Kane’s caliber.

However, Santiago Solari’s side need someone to replace Ronaldo’s goal output desperately, as Real have only scored 26 times in the league as they sit fifth in La Liga, 10 points behind leaders Barcelona.

Kane, meanwhile, has scored 14 goals in the Premier League alone, and has 20 in 30 games in all competitions as Spurs continue to challenge in the Champions League, Carabao Cup, FA Cup and for the league title.

Given Kane’s lethal goalscoring form, Spurs will not want to part ways with their prized asset, hence the massive asking price, and it certainly would be a shock if Real were to meet it.