After a first season that focused on the Federation–Klingon War, Star Trek: Discovery — the newest Trek series set a decade before the events of the original 1966-69 series — returns next week for a second season that will have far fewer Klingon-only scenes, as the show moves towards what executive producer Aaron Harberts described as “more away missions, newer planets, and stories that might fall a little bit more into a framework of allegory that people love to get from Trek”. Star Trek: Discovery season 2 episode 1 will begin where we left off with the arrival of the USS Enterprise for a specific mission, which will then kick off the larger story that involves a younger Spock in some capacity. Season 2 will be more episodic, co-creator and showrunner Alex Kurtzman has said, with each episode having a central character or question that ties into the season-long story.

From premiere date, number of episodes, synopsis, cast, trailer, and to the show’s future, here’s everything you need to know about Star Trek: Discovery season 2.

The second season of Star Trek: Discovery will premiere Thursday, January 17, 2019 on CBS All Access in the US, and Space and Crave in Canada. Netflix will carry it in 188 countries, including India, starting Friday, January 18, 2019.

“After answering a distress signal from the U.S.S. Enterprise, season two of Star Trek: Discovery finds the crew of the U.S.S. Discovery joining forces with Captain Christopher Pike on a new mission to investigate seven mysterious red signals and the appearance of an unknown being called the Red Angel. While the crew must work together to unravel their meaning and origin, Michael Burnham is forced to face her past with the return of her estranged brother, Spock.” 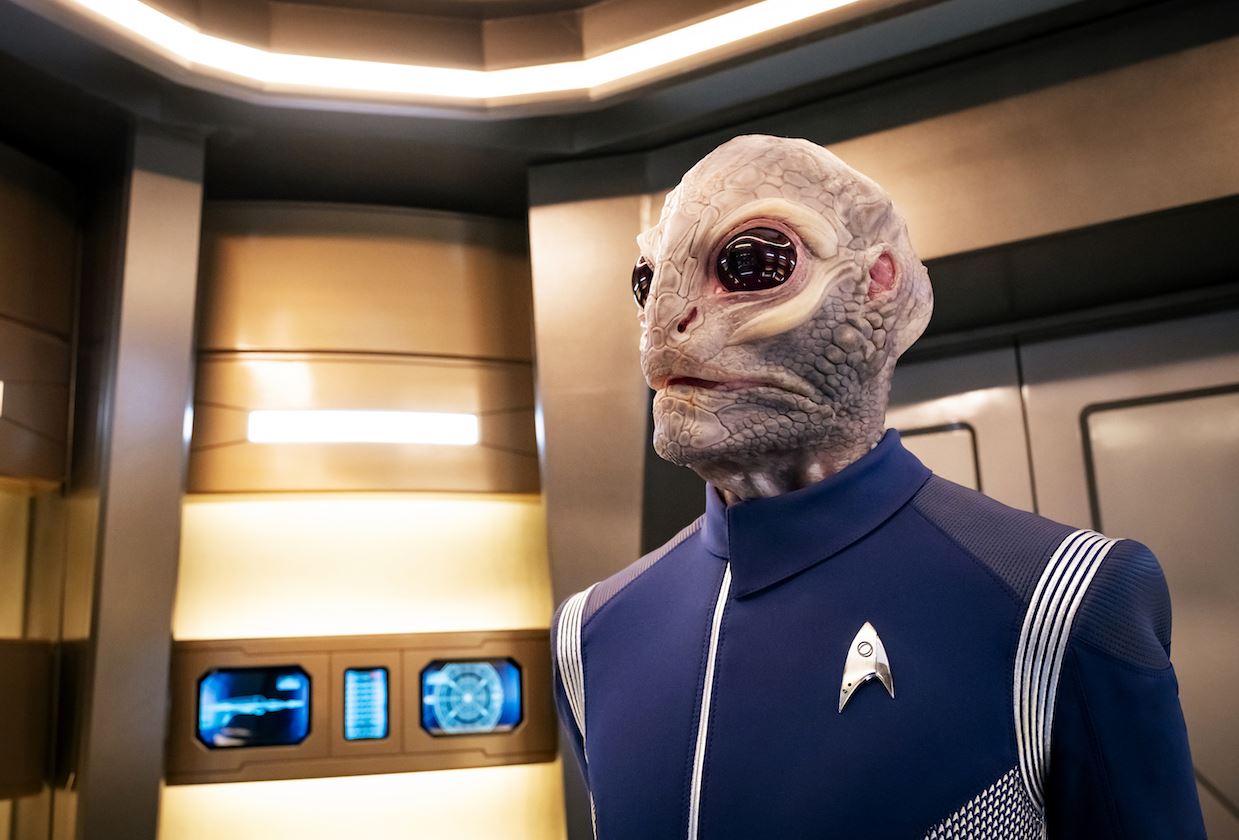 The main cast members for Star Trek: Discovery season 2 include Sonequa Martin-Green as Michael Burnham, the show’s protagonist and science specialist on USS Discovery; Doug Jones as Saru, the first Kelpien — a new species created for Discovery — to serve in the Starfleet, who is the USS Discovery’s first officer; and Shazad Latif as Ash Tyler, the chief of security on USS Discovery who turns out to be a Klingon named Voq who underwent surgery to become human.

There’s Anthony Rapp as Paul Stamets, the chief engineer aboard the USS Discovery who’s also the first openly gay character in a Trek series; Mary Wiseman as Sylvia Tully, a Starfleet cadet in her final year; and Wilson Cruz as Hugh Culber, the USS Discovery’s medical officer and Stamets’ love interest, who died in the first season but returns in the second, somehow. Joining them in the main cast is Anson Mount as Christopher Pike, the captain of the USS Enterprise (before Kirk), who will take temporary command of the USS Discovery in season 2.

Beyond that, Tig Notaro will have a recurring role as Jet Reno, the chief engineer of the USS Hiawatha. Returning guest stars for Discovery season 2 include Michelle Yeoh as Philippa Georgiou, Mary Chieffo as L’Rell, and James Frain as Sarek. There are several new guest stars as well: Alan van Sprang as Leland, Rebecca Romjin as Number One, David Benjamin Tomlinson as a Saurian named Linus, Rachael Ancheril as Lt. Nhan, Sean Connolly Affleck as Lt. Connolly, and of course, Ethan Peck as a younger Spock. Martin-Green’s real-life husband, Kenric Green, also has an undisclosed role.

CBS released the first trailer for Star Trek: Discovery season 2 back in July at the 2018 San Diego Comic-Con, which introduced Mount’s Captain Pike, a new threat in the galaxy, Notaro’s Reno, and Tomlinson’s Linus. It set up the plotline of Burnham coming to the aid of her foster brother Spock.

We got a much longer, more detailed trailer afterwards in October, which came with the first look at Peck’s young Spock. It also featured Burnham’s mother, the mirror-universe version of Philippa Georgiou, and tons of action.

CBS has released a couple of other spots as well, but those are geoblocked for everyone outside the US.

CBS and Netflix are giving critics access to the first three episodes of the 14-episode season 2. Most reviews, including ours, will be up sometime next week, ahead of the show’s Thursday premiere.

If you’re in the US, Discovery season 2 is only available online — CBS All Access is a streaming service. Those up in Canada can stream it on Crave. Everyone else around the world, including those of us in India, can find Star Trek: Discovery on Netflix. It’s pretty straightforward, really.

I heard Star Trek TV is expanding. What else can I look forward to?

Back in July at Comic-Con, CBS announced a series of mini-episodes called Short Treks, which then began airing in October. Four of those, “Runaway”, “Calypso”, “The Brightest Star”, and “The Escape Artist” have been released in total. Unfortunately, CBS and Netflix didn’t work on a distribution deal, so they are not available outside the US.

When Star Trek: Discovery returns with season 2 next week, we will (most likely) also get the after-show After Trek, which is thankfully on Netflix. CBS said in June that it was being “reimagined” but would “continue to have all the fan-driven elements that Star Trek: Discovery viewers enjoyed [in season 1] and more”.

Beyond those, CBS is developing several other Trek TV projects. There’s one that will bring back Patrick Stewart as Jean Luc-Picard from Star Trek: The Next Generation, airing later this year. Rick and Morty head writer Mike McMahan is working on an adult animated comedy series called Lower Decks. There will be a second kids-focused animated series, the younger-skewing Starfleet Academy series from Josh Schwartz and Stephanie Savage, and a Discovery spin-off centred on Yeoh’s Georgiou.