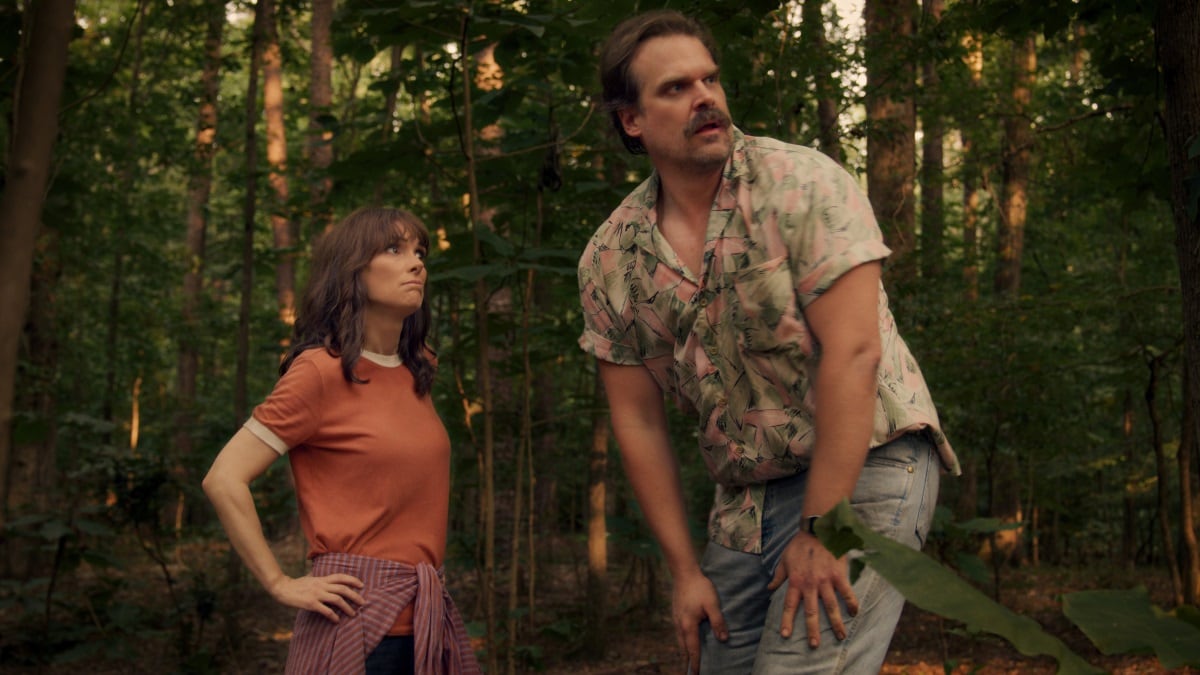 Stranger Things returned Thursday to take us back to ‘80s small-town America, bursting with summer colours, neon signs, and more monster mayhem. In season 3 of the hit Netflix sci-fi horror series, the Upside Down is tormenting Hawkins again, thanks to the Soviets who have opened a new portal under their city, which allows the remaining bit of the Mind Flayer to take over, well, the minds of the citizens. Billy (Dacre Montgomery) was a primary tool for the monster, but he also ended up becoming a saviour towards the end of Stranger Things 3, as he saved Eleven (Millie Bobby Brown) by sacrificing himself.

That wasn’t the only big moment of the final episode of Stranger Things season 3. There were two others, in the loss of Eleven’s powers, and Hopper’s (possible) death. And this time around, there was also a post-credits scene, so hopefully you stuck around and saw it. If you missed it, you should go back and watch it. Or you can just allow us to explain it.

Stranger Things Season 3 Review: The Hawkins Crew Feel the Pain of Growing Up

The seed of Eleven losing her powers came in the penultimate episode of Stranger Things season 3, after the giant new Mind Flayer attacked the Hawkins crew at Hopper’s cabin in the woods. El tried to valiantly defend everyone but she was eventually struck by one of its many tentacles that clutched her leg. El still had powers for a while, as she helped save the Scoops Troops from the Russians by hurtling a car at them at the end of the seventh episode, and then discarded a tiny part of the Mind Flayer that had embedded itself in her leg in the season finale.

But soon after, Eleven was unable to make use of her powers, be it crushing a soft drink can or transporting a soft toy. In what tends to be a filmmaking trope, her powers didn’t reappear even under anger and extreme duress, when Billy kidnapped her and took El to the Mind Flayer. Instead, her friends had to help her out by lobbying fireworks at the Mind Flayer. But rest assured, the return of El’s powers will likely form a big strand of Stranger Things season 4.

The bigger event — potentially, if not reversed — was naturally Chief Hopper’s (David Harbour) death. While the kids were dealing with the Mind Flayer in the Starcourt Mall, the adults had the task of infiltrating the secret Russian base in the basement. With the help of Dustin’s very real girlfriend Suzie (Gabriella Pizzolo), Hop and Joyce (Winona Ryder) were able to access the two security keys placed in a vault.

But just as they were about to stop the Russian-made machine that had opened a portal to the Upside Down, that Russian young Arnold Schwarzenegger (Andrey Ivchenko) — yeah, that’s what we are going to call him — showed up. He punched Hopper, then nearly killed Joyce, before Hop took him out into the lab. As the two scuffled, Joyce got up and devised a contraption that would allow her to turn both keys at the same time.

Running out of time, Joyce was forced to turn the keys while Hop was still near the machine. The Stranger Things writers had very purposely set up that scene at the start of the season to show what happens to those who are still around the machine when it shuts down. And with that plastered in everyone’s heads, any viewer would assume that Hop had been fried to death.

And that’s what everyone on the show thinks as well. Three months on, Hopper is declared dead in a newspaper article, and those who knew him are still grieving. El read the “heart-to-heart” letter that Hop had written but never delivered, which is very touching. And now without a parent again, El decided to go with the Byers family as they leave town.

But what’s interesting here is that Stranger Things doesn’t actually show us a puddle of charcoal to signal Hop is dead, as it did for those unlucky Russians at the start of the season. And there’s no funeral for Hop too, before we jump three months ahead. On top of that, Stranger Things 3 leaves us with another hint that Hop isn’t truly dead, which comes from the scene during the credits.

For the first time in the show’s history, there was a post-credits scene in Stranger Things. It took us back to Soviet Russia where the season began, at a prison / secret base in Kamchatka, a city in the far east of the country. There, two guards walk into a locked area. One of them stops in front of a cell and is about to open it, but his compatriot stops him and says: “No, not the American.”

They then open a different cell, grab the Russian inside and proceed to a different area, where he’s fed to a captive Demogorgon. The scene is clearly meant to set up the return of the monstrous creature, first introduced in season 1, for season 4. But “the American” bit is clearly intentional here and provides a potential pathway for Hopper to return to Stranger Things in the future.

What do you think? Is Hopper dead or alive? Let us know in the comments below.