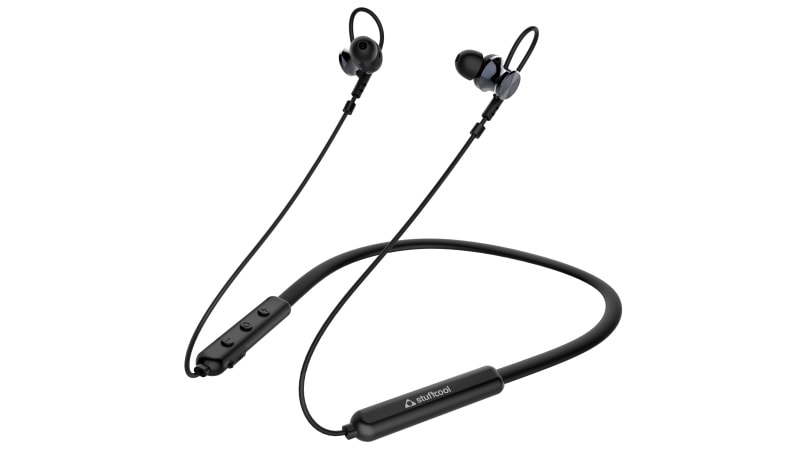 Stuffcool might have an odd and somewhat hilarious name, but it’s fairly well known for its smartphone accessories and audio products, which includes chargers, cables, protective cases, screen protectors, wireless speakers and headphones. The company’s products are competitively priced, and are gaining popularity in India. The latest launch from the company is the Stuffcool Monty Wireless In-Ear Headphones with Bluetooth 5.0, which is available now through the company’s official e-store as well as other online and offline retailers, priced at Rs. 1,999.

The Stuffcool Monty Wireless In-Ear Headphones are, as the name suggests, Bluetooth-powered with support for the Bluetooth 5.0 format. The headphones feature a neckband-style design, with short cables running to the ear-buds. Thanks to Bluetooth 5.0, it’s possible to use the headset with two devices connected simultaneously.

The headphones also feature a microphone and remote, which can be used for hands-free calling and listening. Interestingly, the headset also features a magnetic clamping design, where the earbuds magnetically stay together when not in use. The Stuffcool Monty Wireless In-Ear Headphones have a 180mAh battery that is claimed to run for up to nine hours on a full charge, and takes three hours to completely charge.

Stuffcool has a large range of products on sale in India, and is best known for its after-market chargers and cables, as well as its protective cases. You also get a range of Type-C supported power banks and chargers from the company, including the Stuffcool 720PD 10,000mAh power bank. The range of audio products from Stuffcool starts from Rs. 499 onwards.

The Witcher 3: Wild Hunt for Nintendo Switch Set to Release...