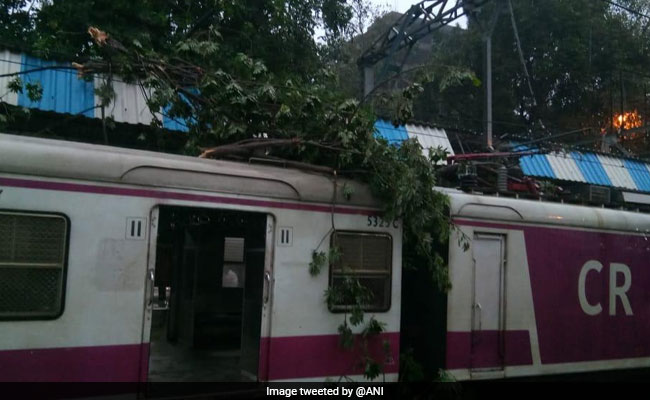 The suburban services of the Central Railway were affected briefly this morning after some branches of a tree fell on a platform cover and a local train standing at Mulund station, a senior official said.

The train services were restored within half an hour, the official added.

“Due to strong winds, a few branches of a tree located outside the Mulund station, fell on the cover over platform (CoP) and got entangled with the pantograph of a stationary local. The incident took place before 7 am,” chief spokesperson of Central Railway Sunil Udasi said.

“Our team of engineers and other staff removed the branches and restored the wires. The suburban services resumed within a half an hour and there was no major impact on the operations,” he added.

The tree was trimmed following the incident, Mr Udasi said, adding that before the onset of monsoon, the Central Railway had trimmed several trees standing along the railway tracks.