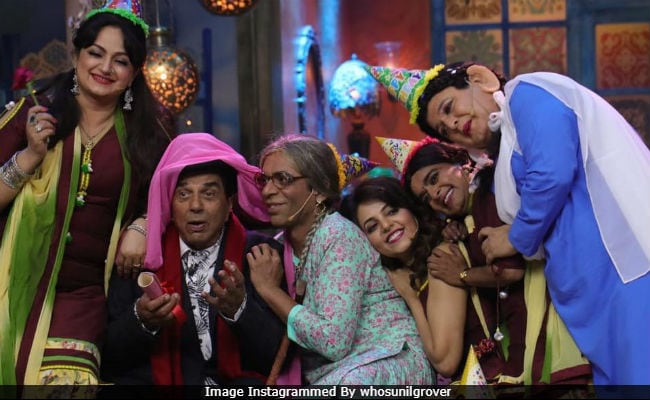 Actor-comedian Sunil Grover’s show Kanpur Wale Khuranas will go off air soon. In an interview to Pinkvilla, Sunil Grover said that he had signed up for a mini-series with the channel as he had to also shoot for Salman Khan’s Bharat. “It is because of me. I had signed the show for eight weeks only because my dates were locked for Bharat, the movie. I had made this clear even during the press conference and interviews that I could only accommodate this much time,” he said. The first episode of Kanpur Wale Khuranas premiered on December 13 and the guests were Ranveer Singh and Rohit Shetty (team Simmba).

Sunil Grover started shooting for Bharat from Thursday and thanked team Kanpur Wale Khuranas for giving him the show. “I am kick-starting the last leg of shoot for Bharat from today, and I just want to thank the team who made this show happen including the channel and the guests who accommodated dates because of my schedule,” he told Pinkvilla.

“Many stars came earlier then they started promotions because I had limited days. It is a month and a half schedule for Bharat, hence we shot the eight-weeks show in the span of one month. I was missing television and hence I took up this show in between, when I had the month gap,” Sunil Grover added.