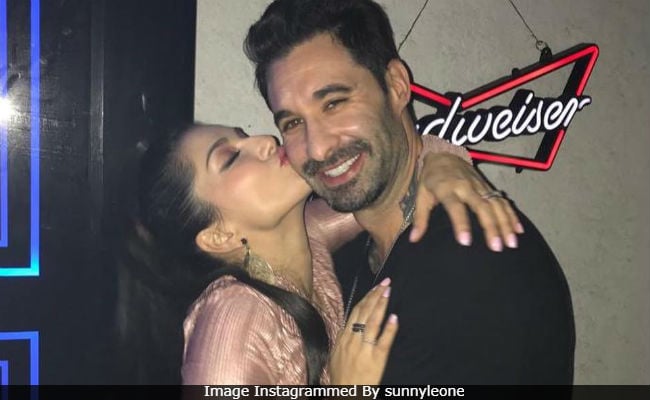 Sunny Leone and her husband Daniel Weber thanked the actress’ 18 million followers on Instagram with a special post. The couple, who are currently in Siliguri, danced to Ranveer Singh and Sara Ali Khan’s song Aankh Marey from their film Simmba to express their gratitude. “Thanks, everyone – 18 million. Woohoo! Time to dance and celebrate with Daniel Weber. Love all 18 million of you,” read Sunny Leone’s caption. In the video, Sunny and Daniel have perfectly matched Ranveer and Sara’s steps. At the end, Daniel lifts Sunny and she adorably waves at the cameras. Their dance is nothing less than a treat to watch. The video has over 1.3 million views so far. Take a look.

Aankh Marey has been remixed for Simmba. The original version was picturised on Arshad Warsi and actress Simran Bagga, who co-starred in Tere Mere Sapne (1996). Arshad Warsi and his Golmaal co-stars Tusshar Kapoor, Shreyas Talpade and Kunal Kemmu also appear in the Aankh Marey redux.

Meanwhile, take a look at some of the pictures from Sunny Leone and Daniel Weber Siliguri diaries.

Sunny Leone and Daniel Weber are parents to three children. In July 2017, they adopted daughter Nisha while their sons Noah and Asher were born via surrogacy in March 2018.