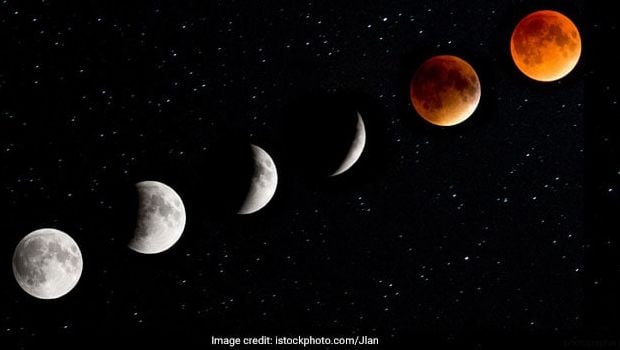 Super Blood Wolf Moon will be seen on January 20 and 21. This includes a total lunar eclipse, super blood moon and a “Wolf Moon”. A “super moon” occurs when the moon is especially close to earth, while a “wolf moon” is the traditional name for the full moon of January, when the howling of wolves was a sound that helped define winter. In a total lunar eclipse, the moon never goes completely dark. Rather, it takes on a reddish glow from refracted light as the heavenly bodies move into position – hence the “blood moon” moniker. The more particulate or pollution in the atmosphere, the redder the moon appears.

According to National Geographic report, sky-watchers across the entire Western Hemisphere will be able to see all or part of the eclipse. North America, Central America, and South America will get to see all the phases of Super Blood Wolf Moon. Australia and Asia, including India, will miss the eclipse.

The entire event, which includes total as well as partial lunar eclipse will reportedly last for three and a half hours.

In the first phase, no real difference will appear in the moon.
In the second phase, a partial eclipse will appear.
About 90 minutes later, it will reach totality. The moon will give a reddish glow.
The process then goes in reverse.

There’s no need of any special equipment to watch Super Blood Wolf Moon. If the weather is clear, stargazers will be able to enjoy this celestial show.