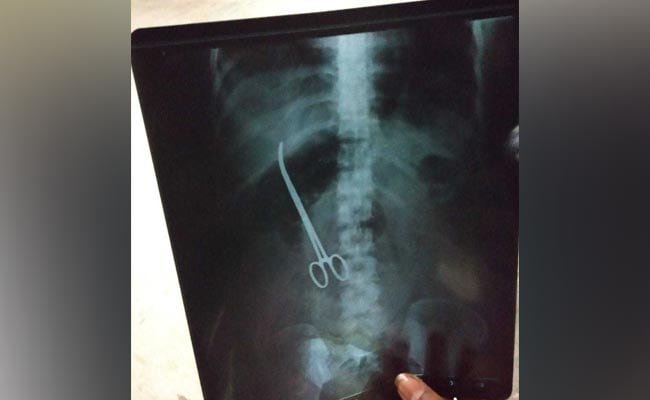 In a shocking case of medical negligence, doctors at a hospital in Hyderabad accidentally left a pair of forceps inside a patient’s stomach during surgery. It remained there for the next three months.

The patient, a 33-year-old woman, had undergone surgery at the city’s prestigious Nizam’s Institute of Medical Sciences three months ago. Soon after she was discharged, the woman complained of persistent abdominal pain.

She returned to the hospital for check-up and an X-report yesterday revealed what was wrong.  The woman was immediately admitted and has been taken in for surgery to remove the surgical tool this morning.

“The patient is our first priority. At the earliest we are removing the instrument to nurture the patient back to health,” NIMS director K. Manohar told NDTV.

The operation was conducted by a surgeon in the department of surgical gastroenterology. The hospital has constituted a committee of inquiry, he said.

An investigating officer has been sent by the police and a case of medical negligence may be filed. A Consumer Court is likely to look into the case as well.