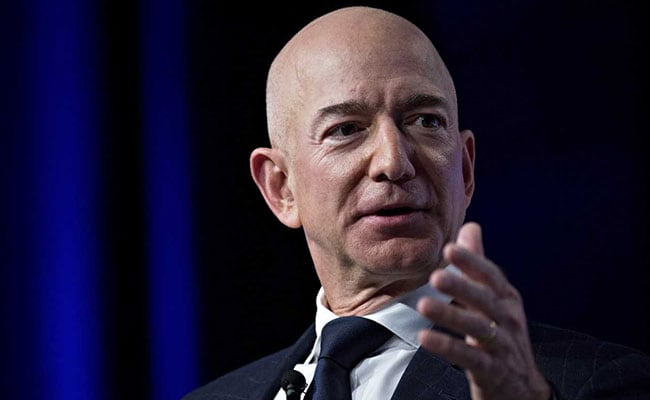 Jeffrey Bezos, the chief executive of Amazon.com and the world’s richest man, has been a constant in headlines over the past few weeks – although not necessarily for either of the attributes listed here. Last month, the National Enquirer published texts and photos exposing Bezos’ extramarital affair with former television host Lauren Sanchez. The brazen leak of the intimate messages prompted Bezos to order an investigation into whether the supermarket tabloid had been politically motivated.

On Thursday, in an escalation of events, Bezos, who also owns The Washington Post, published a bombshell Medium post accusing the National Enquirer’s parent company, American Media, Inc., of extortion and blackmail. He included emails from AMI lawyers who demanded Bezos publicly state that the supermarket tabloid’s coverage did not represent a political hit job. If he didn’t, they wrote, the National Enquirer would publish additional explicit photos, including selfies showing Bezos’s private parts.

“These communications cement AMI’s long-earned reputation for weaponizing journalistic privileges, hiding behind important protections, and ignoring the tenets and purpose of true journalism,” a defiant Bezos wrote in the post. “Of course I don’t want personal photos published, but I also won’t participate in their well-known practice of blackmail, political favors, political attacks, and corruption. I prefer to stand up, roll this log over, and see what crawls out.”

Predictably, the blog post lit the internet on fire. Other media outlets had a field day with headlines and borderline inappropriate puns, and the saga snagged the cold open spot on “Saturday Night Live” Feb. 9.

However, AMI also now faces legitimate questions about whether its actions were not just sleazy but constituted a crime. On Friday, the company stated it would “thoroughly investigate” the claims made by Bezos but continued to insist it had done nothing legally wrong.

On Sunday, Elkan Abramowitz, an attorney for AMI chairman David Pecker, appeared on ABC’s “This Week” to double down on the company’s assertion of innocence.

“It absolutely is not extortion and not blackmail,” Abramowitz told “This Week” host George Stephanopoulos.

Instead, Abramowitz insisted, what AMI was doing was journalism. He also suggested it was Bezos who had threatened the tabloid by insinuating it was somehow being directed by the leaders of Saudi Arabia.

“So that’s why lawyers sit down and lawyers negotiate to try to resolve differences,” Abramowitz said of the emails Bezos had published. “That’s exactly what this was.”

Stephanopoulos pressed him on that point.

“How is that journalism, though?” he asked. “If you believe the photos are newsworthy, how is it journalism to say we’re not going to publish this if you give us something we want?”

Abramowitz argued that the story of Bezos’ affair with Sanchez was already “out there.”

“Is it journalism to decide not to print a story three times?” Pecker’s lawyer said. “You can make journalistic decisions as to how many times you’re going to write the same story. That’s not the – the job of the prosecutors or anybody else to determine.”

ABC chief legal analyst Dan Abrams would later disagree on the show, noting AMI was threatening to publish photos that had not already been released. Whether that constituted legal blackmail or extortion was less clear.

“The story was already out there. That’s not the question,” Abrams said. “The pictures weren’t out there. The question is: Was this a clear threat to say, ‘Unless you say what we want you to say, we’re going to publish these photos that you don’t want out there?’ “

Stephanopoulos also asked Abramowitz directly whether the source of the leaked texts was Michael Sanchez, Lauren Sanchez’s brother, who has been a longtime supporter of President Donald Trump and Trump associate Roger Stone. Gavin de Becker, a security consultant heading Bezos’s private investigation into the leaked messages, has confirmed that he is investigating Michael Sanchez and that “strong leads point to political motives,” the HuffPost reported.

On “This Week” Sunday, Abramowitz simply said that the leaker was “a reliable source” who had been feeding information to the National Enquirer for seven years and someone “that was well known to both Mr. Bezos and Miss (Lauren) Sanchez.”

He then said he could not confirm or deny the source – before contradicting himself and denying it could have been three entities who were not Michael Sanchez.

Abramowitz also sidestepped questions about whether AMI had violated a non-prosecution agreement by sending such emails to Bezos. The Post’s Deanna Paul detailed the company’s predicament last week:

“Another wrinkle for AMI, which perhaps explains its angst – or as better-phrased by Bezos, ‘about Mr. Pecker’s apoplexy’ – is its non-prosecution agreement.

“After the media company admitted it paid former Playboy model Karen McDougal $150,000 before the 2016 election to silence her allegations about an affair with President Trump, it signed a cooperation agreement with federal prosecutors in September.

“The document stipulated only that the company will not be prosecuted for the ‘catch and kill’ scenario and is contingent on AMI committing no other crimes. If the company’s actions regarding Bezos meet the threshold of criminality, it would invalidate the cooperation agreement and limit the company’s immunity.

“This would put not only AMI but also Trump back under the microscope in his dealings with the media company.”

In closing his segment, Stephanopoulos questioned Abramowitz on whether AMI had engaged in a “pattern of practice” in threatening other people who were reporting on the company. After Bezos published his Medium post, Ronan Farrow, the Daily Beast and journalists with the Associated Press all stepped forward to say AMI had made similar threats against them.

“I’ve never – never heard of any of those allegations,” Abramowitz said. “I am not aware of any attempt by employees of AMI to blackmail or to commit any crime at all.”