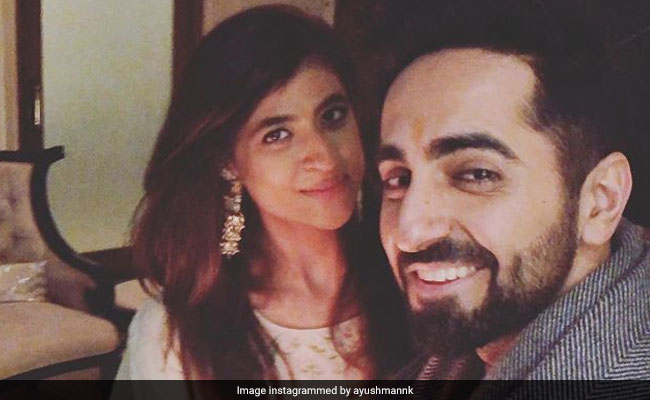 Tahira Kashyap, who is battling cancer, recently opened up about being a star wife, her rapport with actor husband Ayushmann Khurrana and how they have evolved from being newbies in Mumbai to mature professionals in an interview with Anupama Chopra for Film Companion. Tahira said they experienced a rough patch in their marriage when Ayushmann was filming his Bollywood debut Vicky Donor. “I was this crazy, insecure, pregnant person when Vicky Donor happened. That was the worst phase for the both of us,” she said during the interview and added: “I think both of us were immature. He didn’t have the maturity to kind of hold my hand and tell me ‘It’s okay!’, especially when I am crazy because of my hormones. I was pregnant at that point in time. I also didn’t have the maturity to take it easy… this thing will get over. So, both of us lacked maturity at that point in time.”

Tahira, who came to Mumbai from a non-filmy background, took a while to adjust to the ways of being an actor’s wife: “Considering your husband is with beautiful women all around… you don’t come from that background, so you don’t have the maturity to deal with the frills that come along. I was very lost and so was he.”

Tahira Kashyap and Ayushmann Khurrana married in 2008 after dating for several years. They are parents to son Virajveer and daughter Varushka. “Thankfully, us knowing each other for the past 9-10 years before marriage really helped. Because I knew he’s not a bad guy and he knew she’s not a bad girl. So, I think that kind of sustained. So, we made peace,” Tahira said in the interview.

Tahira Kashyap, who began her journey in Mumbai as a teacher, said she always wanted to be filmmaker. She made her debut with the critically acclaimed short film Toffee, which released in 2017. Tahira will begin work on her first feature film soon, of which Ayushmann will also be a part. Tahira Kashyap is recovering after being diagnosed with breast cancer and often trends for her powerful posts on cancer awareness.