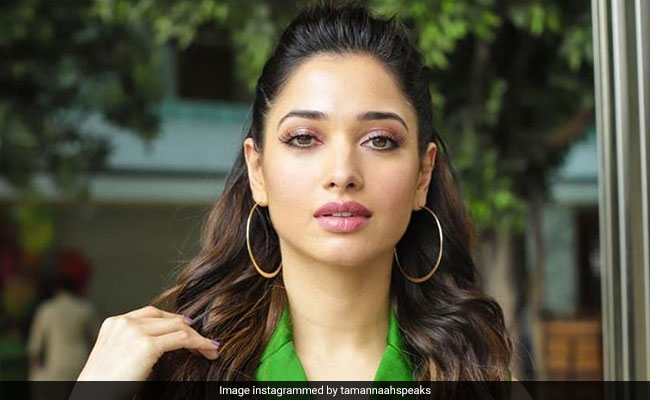 Tamannaah Bhatia reportedly bought a super expensive apartment in Mumbai’s Versova area, reported DNA, adding that the Baahubali actress apparently paid twice the going rate in the area. Tamannaah has reportedly locked the deal at Rs 16.60 crore for the apartment, which is on the 14th floor of a 22-storey building named Bayview located on the Juhu-Versova Link road. A source also told DNA that she has already paid Rs 99.60 lakh as stamp duty for the registration of the flat. However, neither Tamannaah nor her spokesperson have not confirmed the reports. The flat, which Tamannaah purchased, is jointly owned by the actress and her mother Rajani Bhatia. In addition to the swanky apartment, Tamannaah has bought two car parking slots in the apartment complex.

A real estate broker told DNA: “The building is 22 storeys high and it offers sea view from every side of the apartment. Secondly, the actor can have interiors the way she wants in the house,” he said. A source also told DNA that Tamannaah has set Rs 2 crore aside for the interiors too.

Tamannaah Bhatia is among the top crop of actress in the south film industry and she has several plum film projects in her line-up. She will be seen in the Telugu remake of Queen, titled That Is Mahalakshmi, which is currently in post-production stage. She will also be seen in Chiranjeevi’s much-awaited period film Sye Raa Narasimha Reddy, which is produced by Ram Charan.

Tamannaah Bhatia hasn’t announced her next Bollywood project yet. She told news agency IANS: “I am not working on anything in Hindi as of now. I am open to doing a lot of Hindi work. But I don’t want to do something just because it’s Hindi. I want to do a project because it may be a good film to be a part of.”