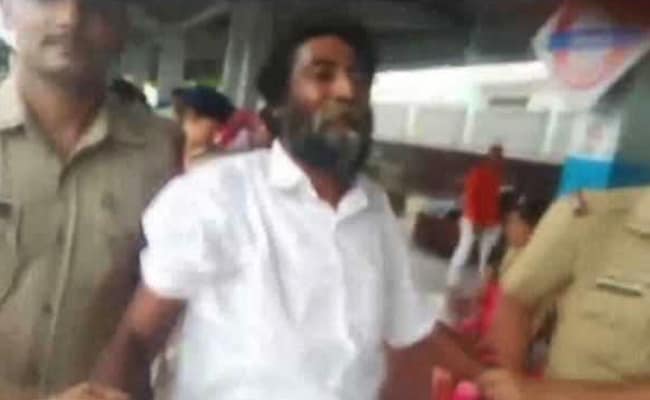 Tamil Nadu-based environmental activist T Mugilan, missing for nearly six months, was found in a railway station in neighbouring Andhra Pradesh on Saturday. He was brought back to Tamil Nadu after the police handed over the activist to Tamil Nadu police at Katpadi around midnight.

A video of the activist sporting beard and raising slogans has widely been shared online. In the video, he is heard raising against plans to dump nuclear waste in Kudankulam and demanding release of Tamils held up in jails due to lack of legal help.

T Mugilan has been missing since February 15 – the day he held a news conference in state capital Chennai alleging police complicity in the Tuticorin police firing last year in which 13 demonstrators protesting against Vedanta’s copper smelter were killed. The activist disappeared under mysterious circumstances after boarding a train to Madurai at Egmore station.

The police – based on CCTV images – claimed the activist exited Egmore station soon after boarding the train.

Since he was actively campaigning against Sterlite Copper plant in Tuticorin, the hydro carbon project in the delta region, political parties and rights activists were apprehensive about his safety, forcing the state government to transfer the case to the Crime Branch-CID.

His wife had also filed a habeus corpus petition at the Madras high court.

The state police are also on the lookout for him in a rape and cheating case.

It’s not clear yet if Mr Mugilan was hiding or was abducted.