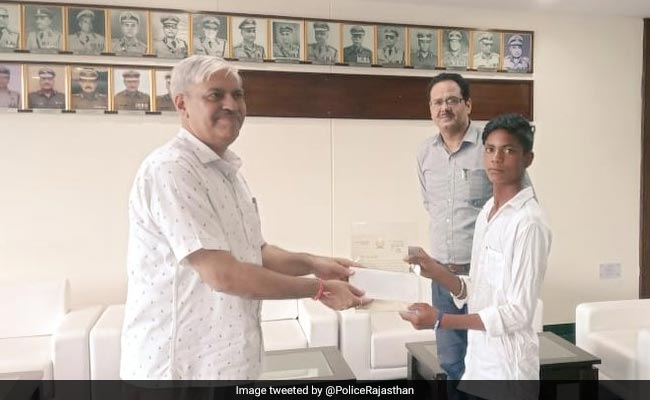 As Internet services remained suspended of the fifth day in 13 police station areas in Jaipur following tension in the city after a minor’s rape, police officials in Jaipur on Friday awarded four youths for protecting another minor from sexual assault.

On Thursday, these boys were playing cricket when they heard the screams of a girl. They ran in the direction from where the screams were coming to find the accused trying to molest the minor behind a small hillock. They managed to overpower the accused and handed him over to the police.

Mr Soni praised the courage of these youths and said this attitude should be emulated by all. “They played the role of being a responsible citizen and we wish them all the best for their bright future,” he added.

On the other hand, officials in the city extended Internet suspension in 13 police station areas for another 24 hours till Saturday 10 a.m. Initially, the Internet services were suspended on Tuesday from 2 p.m. till Wednesday 10 a.m. by Divisional Commissioner K.C. Verma.

Tension gripped the city after a minor’s rape was reported on Monday. A group of people smashed the glass panes of parked cars and also pelted stones at the window panes of many houses, protesting against the rape.

Police forces have been deputed in sensitive areas of the city. However, the accused is yet to be arrested.