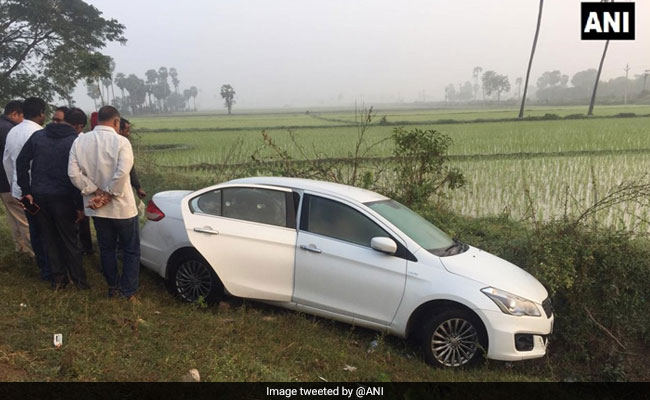 The managing director of Telugu channel Express TV, Jayaram Chigurupati, was found dead in a car parked on a highway near Andhra Pradesh’s Aitavaram village late on Thursday night.

Jayaram Chigurupati was found dead with injuries on his head. His body was found at the leg space of the back seat of the car, police said.

Police are yet to ascertain whether the death was an accident or a murder.

“Jayaram Chigurupati had came out from his house two days ago and had informed his relative that he is coming back to Vijaywada yesterday,” a police official said.

“We suspect that someone has killed Jayaram Chigurupati and has tried to create it as an accidental death, the official added.

Jayaram Chigurupati had opened a Telugu news channel and closed it a year ago. He was arrested in January last year on the charge of non-payment of salaries to employees.