​Odion Ighalo is the first Nigerian player in Manchester United history and the eighth representing the whole of Africa, a continent where the club has long drawn much loyal support. Wilfried Zaha was famously the last United signing made by Sir Alex Ferguson before retirement in 2013. But having stayed on loan at Crystal Palace, the winger never actually got to play for Fergie and ultimately failed to establish himself under new boss David Moyes.

Zaha, who was born in Ivory Coast but grew up in England and has since switched his international allegiance back to the country of his birth, played only four times for United. He was loaned to Cardiff and then back to Palace, before making the latter move permanent in 2015. 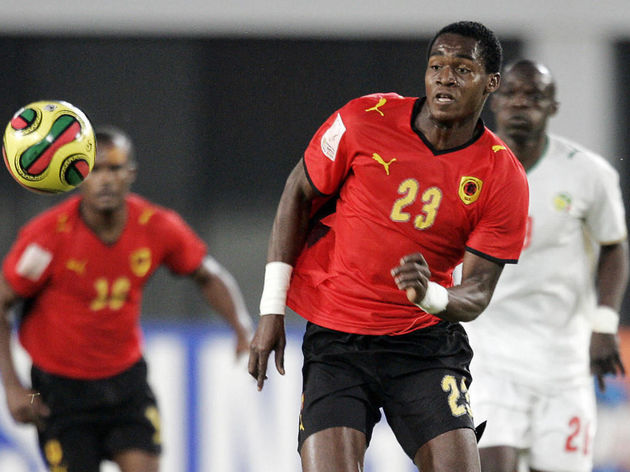 United were alerted to Manucho in 2007 by then assistant manager Carlos Queiroz and signed the Angolan forward from Petro Atletico in Luanda following a successful trial.

The deal was announced in December 2007 and United fans keenly tuned into the 2008 Africa Cup of Nations the following month to see their unknown new signing in action. Manucho scored four goals at the tournament, helping Angola reach the knockout stages for the first time.

A loan to Panathinaikos was immediate, but he later played three times for United in 2008, before joining Hull on loan and being sold to Real Valladolid soon after. 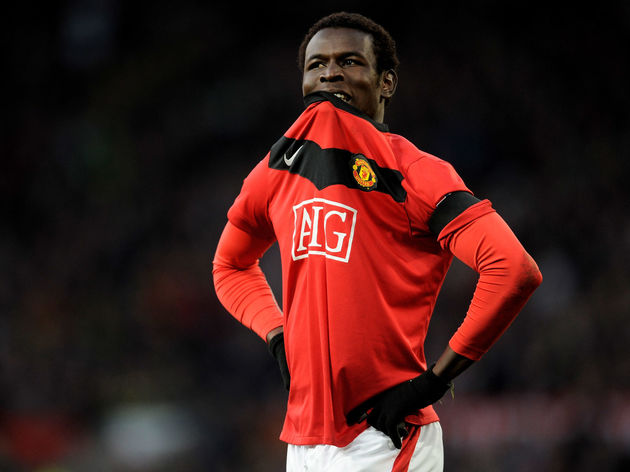 Better known as a Stoke player since 2014, Mame Biram Diouf got his first taste of English football when he joined United from Norwegian club Molde in 2009.

The Senegalese initially remained on loan at Molde and went on to make his United debut later that year, ultimately playing six times and scoring once in 2009/10. Diouf spent the next campaign at Blackburn and made three further United appearances before heading to Hanover. Eric Djemba-Djemba was billed as the long-term replacement for Roy Keane when United snapped him up from Nantes. In reality, the Cameroonian international left Old Trafford before Keane did, joining Aston Villa after only 18 months for less than half the £3.5m United paid.

Djemba-Djemba’s highlight in a United shirt came when he scored a late extra-time winner against Leeds in a League Cup tie within a few months of arriving in 2003. Despite being born in England and even getting capped by the Three Lions, former United goalkeeper Gary Bailey actually grew up in South Africa and has spent much of his life there.

Bailey began his career in Cape Town in the mid-1970s and later played university football in Johannesburg, prior to a trial at Old Trafford. He was then United number one from 1978 to 1986, winning two FA Cups and notably forcing a replay of the 1983 final with a crucial save.

Bailey left United in 1987 as a result of injury and returned to South Africa, where he briefly joined Kaizer Chiefs and later began a punditry career. He moved to the United States in 2013 when he started working for beIN SPORTS, based in Miami. Eric Bailly has proven a popular figure among United fans ever since his £30m transfer from Villarreal in the summer of 2016, with the Ivorian’s aggressive and all-action style of play endearing him to supporters keen to see passion and fire in their team.

A string of injuries have stopped Bailly from ever commanding a regular place, but there is no doubt he has all the right attributes to thrive long-term if he can get a handle on his fitness. Despite usually being a back-up player in the squad, Quinton Fortune spent seven years with United, joining from Atletico Madrid shortly after the treble 1998/99 treble season.

Fortune, who had previously spent time in the youth ranks at Tottenham in the early 1990s, was capable of playing in central midfield, on the wing and even at left-back. He famously didn’t play enough games to get a Premier League medal in 1999/00, 2000/01 or 2002/03, although his nine appearances in the latter was a strong enough case for special dispensation.

In retirement, Fortune has worked with MUTV as a pundit and is also the club’s Under-23 assistant manager after doing his coaching qualifications at Carrington. Had history transpired slightly differently, it might have been John Obi Mikel who was United’s first ever player from Nigeria. But a messy transfer saga saw the midfielder join Chelsea in 2005.

Instead, Nigerian fans patiently waited until 2020 for one of their own to wear United colours when Ighalo completed a January loan from Shanghai Shenhua. The former Watford striker himself had followed the club when he was growing up and has previously cited Andy Cole and Dwight Yorke as his favourite players.

Ighalo scored his first United goal in the Europa League against Club Brugge and dedicated it the strike to his late sister, who passed away just a few months earlier.