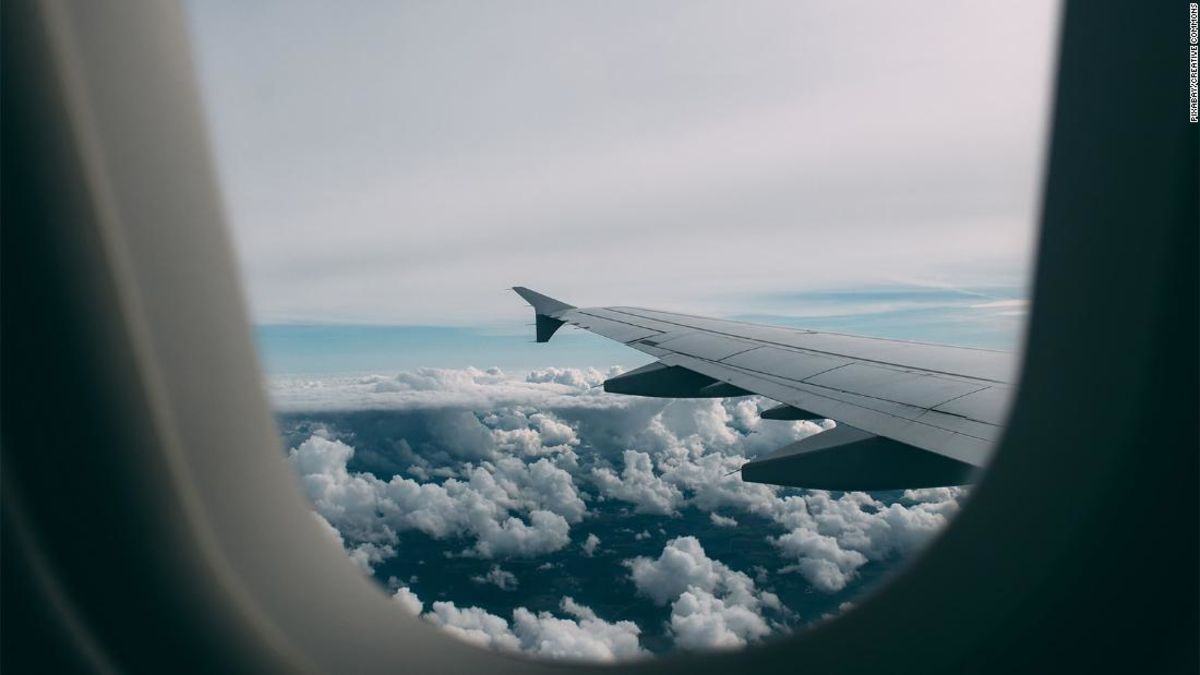 (CNN) — Air travel is a struggle under the best of circumstances.

Legroom seems to shrink with every trip, and the argument about whether it’s rude to recline one’s seat rages on (though some airlines have limited the pitch of the seat, which to this anti-recliner seems a fair compromise).

But there’s one issue that seems to be getting worse: The Great Window Shade Debate.

When did it become acceptable that, upon boarding an airplane, most people immediately slam down their shades, creating what a friend of mine has referred to as a “flying coffin”?

If I may speak for the claustrophobes, this is some serious, and seriously anxiety-inducing, BS.

As if commercial flight wasn’t physically limiting enough to begin with, the expectation is that instead of being able to look peacefully out the window — as we SOAR into the SKY — we are all now immediately expected to bury our heads in whatever devices are permitted to be turned on. And shame on anyone who dares to cast a glaring beam of (gasp!) natural light across someone else’s screen.

It has become common for the flight crew to actually demand that everyone on board lower their blinds out of courtesy to sleepers or entertainment-watchers. Sorry, but no. Humans are diurnal — we sleep during the night, not the day, a biological truth that doesn’t change just because you’re on a plane.

What’s more, if it’s a night flight, it’s dark outside anyway, and if it’s a red-eye, there’s likely going to be a kickass sunrise to make the nightmare that is a red-eye worthwhile.

Given the popularity of those stupid-looking, overstuffed neck pillows that you now see adorning the necks of 90% of travelers in airports, I can’t believe it’d be a hardship for regular fliers to shell out for a scrap of fabric to cover their eyes.

One popular theory on air travel forums is that requiring everyone to lower their shades significantly reduces the amount of demand on a flight crew for cabin service. (I’m reminded of the futuristic human race in the prescient Pixar movie “WALL-E,” too morbidly sedentary to get out of their hover-chairs and engaged only with their devices.)

Turn on and/or tune out, and you won’t think about needing sustenance? Not to disparage the hard work that flight attendants do, but give me a break. Depriving travelers of natural light so you can sit on your butt for most of the flight is obnoxious and insulting.

There’s absolutely no defensible reason one should be expected to fly in darkness during a daytime flight. Speaking as someone who lives in a relatively sunless area of Pennsylvania, I savor the chance to get up above the clouds for a change.

Yes, there have been studies that show that UV rays can be harsher in an airplane than on the ground. There’s a solution for that. It’s called sunscreen, which you should be wearing on your face every day regardless of where you are in the stratosphere.

The only real recourse is to always, always reserve a window seat when you book your flight.

It remains an unspoken rule that the window seat person controls the shade, no matter how much of the other kind of shade they may get for leaving it open. (Be sure to jump on ratings site SeatGuru.com when you buy, because there are a lot of misaligned windows out there, and there’s nothing more deflating than arriving at your row only to discover your window is actually so far forward that it technically belongs in the quasi-legal province of the person sitting in from of you.)

There is, however, an obvious drawback for anyone who might have, say, drunk a cup of coffee or a beer before the flight. Is inconveniencing your seatmates because you have to pee three times during a flight worth it to preserve your little scrap of daylight?

I say fight for the right to window-gaze, even if it comes at the expense of bumped knees and awkward butts in faces, and side-eye from flight attendants. If people weren’t so willing to ensconce themselves in gloomy dusk like airborne TV-addicted vampires, none of this would be necessary, and frequent bathroom-goers who also like nature could feel free to reserve aisle seats instead.

This sounds like a mixed bag for those of us who love the view: Will the windows dim automatically? Are they at the control of the flight crew or the passengers themselves?

And, heaven help us, apparently the same company is also working on turning windows into just more screens: The new material “combines particle tech with a video display, which passengers can use to flip on an interactive map, see flight information, or communicate with the crew. The idea, Vision Systems says, is ‘to enhance the value of the window seat,’ ” Wired.com reported.

Sorry, but my definition of “enhanced value” would be a trip in which no one harangues me about the outdated joy I take in looking out the window and actually appreciating the beauty of flight.

Sara Stewart is a film writer at the New York Post who divides her time between the city and western Pennsylvania, where her husband is a professor at Indiana University of Pennsylvania.