​The FA Cup third round proper is one of football’s great traditions. As soon as the Christmas decorations come down, the frequency with which you hear ‘David versus Goliath’, or ‘potential giant killing’, goes up. Ronnie Radford and Mickey Thomas, like Santa, make their highly anticipated annual appearance. Their goals in two of the best third round upsets ever are as much part of the fabric of ‘the world’s oldest cup competition’™ as the muddy pitches they were scored on.

Throw in an electrician who has already done a morning’s work rewiring the local community centre and is now tasked with shackling the best striker in the land, and you are almost ready to shout out FA cup third round bingo.

In the midst of all this fantastic nostalgia, however, a new tradition has taken hold of third round weekend. A bout of navel-gazing as to why the FA Cup isn’t what it used to be. If you haven’t heard someone say over the last week, ‘It’s lost its magic’, you’ve done very well.

No one can deny that priorities in football have changed. The prize money for winning the FA Cup final, despite recently being doubled to £3.6m, is likely to be less than the difference between finishing 15th and 16th in the 2018/19 ​Premier League. Clearly many Premier League teams have done their sums and concluded the FA Cup is expendable. If their squad players can get them through a few rounds all well and good. But if they can’t, no real harm done.

This apathy amongst the game’s elite is then cited as evidence, often by those who remember a time when the FA Cup final was the biggest game of the season and the only match shown live on television, that the competition is in terminal decline. 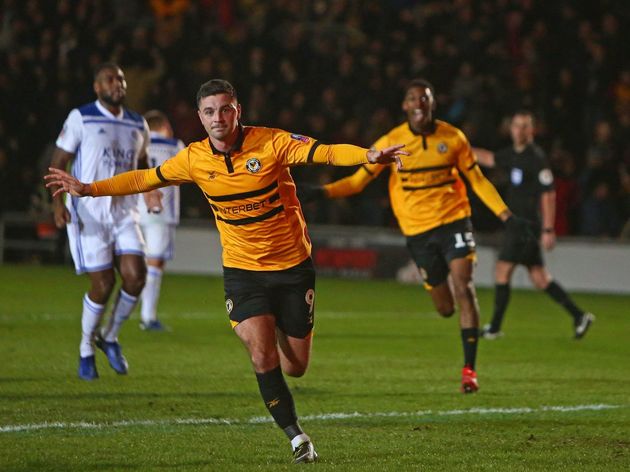 But it’s a mistake to view the FA Cup through the distorting prism of the Premier League. The third round is not, and never really has been about the top flight teams. For once they are the supporting cast in someone else’s story.

Newport County can now rightly say they have beaten a side that were the champions of England just three seasons ago. ​Kasper Schmeichel’s absence between the sticks makes no odds to them. Likewise, when Lincoln City fans reminisce about their run to the quarter finals as a non-league side in 2016/17, none of them will be adding a mental asterisk “some of the opposition could have picked stronger teams.” And nor should they.

This past weekend the FA Cup has once again proved its magic. Tranmere Rovers may have shipped seven goals to Spurs, disappointing the TV executives who had scheduled the game for Friday night in the hope of an upset. But on the Wirral the occasion will live long in memory.

The previous Saturday a crowd of under 6,000 watched Rovers and Yeovil play out a tired 0-0 draw. More than double that number packed into Prenton Park for the visit of the north Londoners. Try telling them the cup has lost its sparkle! Spurs fans looking at the title race will doubtless have raised an eyebrow (maybe even two) when on 75 minutes, already six goals to the good, ​Harry Kane was brought off the bench.

Had Kane been injured, Mauricio Pochettino would have faced a barrage of hostile questions about taking such a risk. Well, football fans don’t like to be patronised, but in bringing on the England captain perhaps Pochettino recognised this was a special occasion for the hosts, the likes of which they might not see again anytime soon.

In an important way, it was their night. The joy on the faces of the young (and even some old) Tranmere fans collecting autographs from the likes of Kane and Dele Alli at the end of the match told its own story.

Rather than there being a problem with the FA Cup, maybe commentators should accept that football in England is bigger and wider than the Premier League. Even the International game appeared to be struggling to combat an inferiority complex until the 2018 World Cup gave it a shot in the arm. Subsequently the UEFA Nations League reinforced the message. And that’s before you even begin to consider how consistently exciting the Football League is.

Losing its shine? Maybe this FA Cup third-round weekend has put the myth to bed, at least for another year. The magic of the FA Cup is still very much there. You only have to look for it.

Christian Eriksen Identified as One of Two Essential Transfer Targets for...