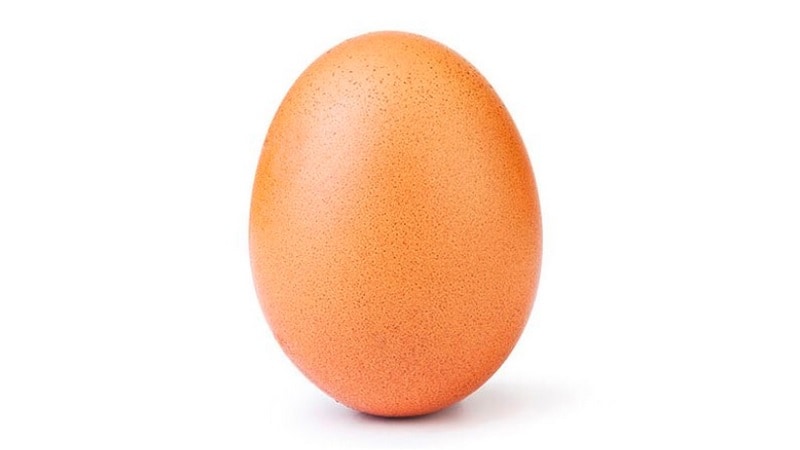 Nothing gold can stay. Especially not on the Internet.

The story of the Instagram egg that set out to surpass Kylie Jenner’s record for most-liked Instagram photo late last month proves the poet’s warning. The ovular sensation’s organic beginnings prompted users to celebrate it as a symbol of purity; Jenner represented the cult of celebrity and influence-mongering that permeates social media sites, while the egg represented, well, an egg. The simplicity was the thing.

And then, Humpty Dumpty had a great fall. A Hulu-sponsored ad aired during the Super Bowl revealed that the campaign had been orchestrated by some guy in London who works in advertising. But don’t worry, all the attention will now, somehow, go toward promoting mental health. Also, related paraphernalia are up for purchase.

It’s a tragic end to what started as an uplifting tale. Maybe that was inevitable.

The egg, to those who found it most inspiring, was an intervention into the Internet hierarchy. This was the populist revolt that the most radical of millennials had been waiting for: Everyday Instagram users would crown their own ruler instead of letting big money and big fame carry the Kylie Jenners of the world to the top. Even more radically, the egg campaign challenged the idea that “likes” meant anything in the first place. Jenner’s most-liked title was so empty and unearned that a totally neutral image – an item so quotidian it was impossible even to attach an agenda to – could snatch it away from her.

But the promise of this revolution was always hard to trust. Instagram influencer culture revolves around celebrities (or pseudo-celebrities) presenting “real lives” that aren’t real at all. Instead, they are carefully curated to sucker viewers into buying stuff. Even corporate accounts feel the need to perform humanness: Wendy’s dishes out sass to consumers who dis their burgers. Denny’s cooks up tweets with the affect of a stereotypical stoner. MoonPie is filled with existential angst.

Posters on all platforms lean into genuineness so heavily that everything has begun to feel fake. Just this weekend, Sunny Delight pretended to have depression.

The egg’s initial appeal was that it was totally untouched by the penumbra of self-promotion darkening the whole web. But it existed in an atmosphere of widespread fauxthenticity, so warier users weren’t wrong to wonder what was beneath its shell. In the same way, though the egg’s suddenly announced cause celebre is tough to argue with, it’s also tough not to see the activism as cover for an attention-seeking ploy.

The egg, which, by the way, has apparently been named Eugene, was never going to be able to transcend these suspicions. The very premise of its rise made that impossible: Organizers wanted to prove that likes were as absurd a metric as the idea of catapulting an egg into the global spotlight. But the way they attempted to prove that point was to . . . get a whole ton of likes. And the shares that helped lead to those likes had to come from, you guessed it, influencers. Even Jenner herself responded to the egg on her Instagram.

In challenging the system, the egg lent it even more legitimacy. And now its creators, whatever their initial motivations, have chosen to celebrate their victory by revealing themselves as masterminds and leveraging the attention they have earned for more attention still, plus some cash. Sure, they are directing at least some of the money to a positive cause – but Instagram influencers support charity, too.

“Eugene is global, Eugene is really global all over the world,” one of the egg campaign’s creators rhapsodised to The New York Times.

Kylie Jenner is, too.