Manchester City kept their hopes of winning the quadruple alive when they ran out comfortable 4-1 winners over League 2 outfit Newport County in the fifth round of the FA Cup, and there are plenty of reasons for City fans to be excited.

The win ensured Manchester City remain in all four of the competitions they began the campaign in as their season continues to grow from strength to strength, and there were some outstanding performances on the night.

Leroy Sane put in yet another stellar display against Newport, proving once more that he is one of the most important cogs in the Manchester City wheel. Stats from Opta now show just how good he has been for the Citizens this season, with his electric form helping City win 13 games in a row.

The 23-year-old has played a part in 25 goals this season, scoring 12 times and contributing 13 assists in his 32 appearances. He has ramped things up in recent weeks, with nine goal involvements in his last eight games.

The German isn’t the only one putting his name up in lights as Gabriel Jesus – who has often found himself playing second fiddle to Sergio Aguero in City’s pecking order of strikers – also impressing the City faithful once again under the Rodney Parade lights. 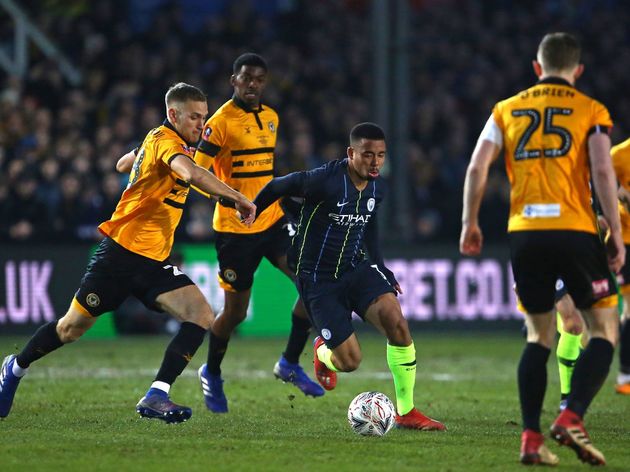 He may well be disappointed with the lack of playing time he has received so far this campaign, but there is no doubt that he continues to provide a key threat for Guardiola’s men whenever he plays – with stats from Opta again showing valuable Jesus is.

The Brazilian has been directly involved in 21 goals in 34 games this season, scoring 16 times and contributing five assists. That’s one more than he managed in 42 games last season, when Jesus scored 17 goals and notched three assists.

His statistics are all the more remarkable given the fact he often finds himself from the bench – but they do prove that he is willing and able to seize his opportunity when Guardiola puts his faith in him.

With City still in all four competitions, opportunities will no doubt present themselves to both players and they have proven time and time again that they are more than capable of firing the Citizens to glory.

Mesut Ozil: Arsenal Must Sell the German in Order to Restore...