Bollywood actress, Deepika Padukone got married in November last year. She got married in Italy in a traditional Sindhi wedding and for the dreamy wedding, the stunner wore a stunning lehenga by Sabyasachi.
For the Anand Karaj, the actress wore a bright red lehenga. She opted for a decadent dupatta with ‘jaal’ work. The highlight of her wedding outfit was the border dupatta. It had ‘Sada Saubhagyavati Bhava’ written in Sanskrit.

The red lehenga became the talk of the town and no one could stop raving about her wedding outfit. Going for a traditional lehenga with intricate embroidery and dabka work, Deepika’s lehenga set a lot of trends, bringing back the trend of red colour. It was reportedly worth a whopping INR 8.5 lacs approximately.

While many brides are opting for modern lehenga and pastel hues, DP made a case for such ensembles -showcasing India’s rich culture and heritage.

Now, a picture of a radiant bride has gone viral, and quite interestingly she is seen wearing a lehenga similar to the one donned by Deepika. The duppatta of her lehenga is almost the same as the one Deepika flaunted. The bride, Ravina is seen wearing the lehenga with a cropped blouse and styled her dupatta over her head, draped on both the shoulders. The Sanskrit script can be seen on her dupatta and on the waistband of the skirt as well. 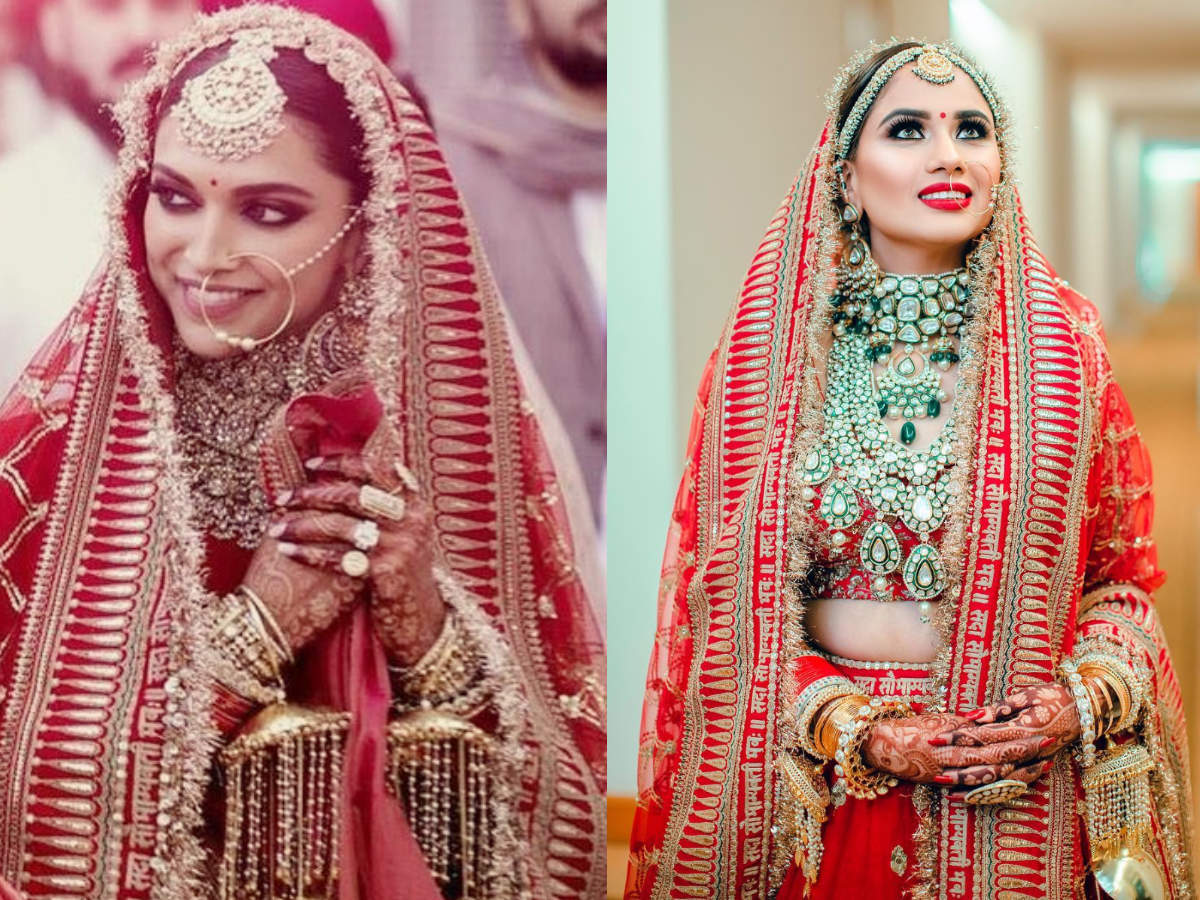 Her make-up is courtesy, Meera Sakhrani, who’s given her well-defined eyes with a bright red lipstick. For her jewellery, the bride has opted for a layered neckpiece with green stones and a matha-patti. She can also be seen wearing kaleeras, kind of similar to Deepika again. However, the length was a bit smaller than hers.

Vinicius Junior Confident About Real Madrid Future Despite the Arrival of...