Priyanka Gandhi Vadra, the latest entrant into politics from the Gandhi family, has said she is not worried about the questioning of her husband Robert Vadra in a money laundering case. The Congress has vehemently denied any wrongdoing by the businessman, alleging that that the actions of the investigating agencies are being driven by the ruling BJP.

“These things will keep going on. I am doing my work,” she said when asked by reporters about the questioning. Priyanka, as she is usually referred to, had taken a day-long break from her first visit to Uttar Pradesh this week, to be with her husband as he faced the Enforcement Directorate, which probes financial crimes, in Jaipur yesterday. She flew back to Lucknow in the evening.

“I’m learning a lot about the organisation, its structure and the changes that need to be made. I’m getting their (Congress workers) views on how to fight election, according to them,” she said, emerging from a party meeting late last night. 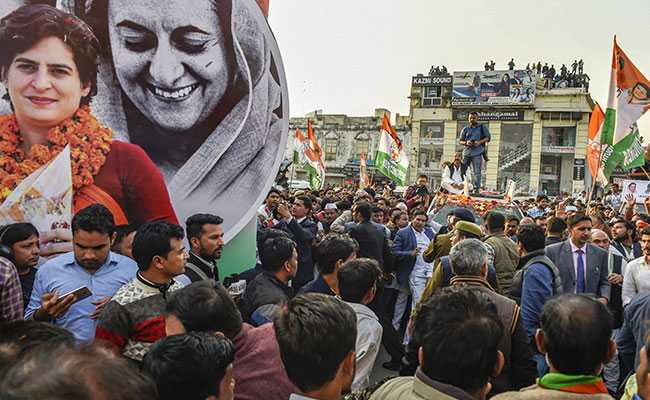 After being given charge of the Congress organisation in eastern Uttar Pradesh last month, Priyanka made her debut on Monday with a roadshow in Lucknow drawing thousands to see her in the state, seen as a make-or-break battleground for the general election due to be held by May.

While the 47-year-old leader – bearing a striking resemblance to her grandmother, former Prime Minister Indira Gandhi – has wasted little time in jumping into her role as a general secretary, she has also made it abundantly clear that she will not take the action against her husband as a political inconvenience.

She accompanied her Robert Vadra as he appeared for questioning at the Enforcement Directorate offices in Delhi on Wednesday for the first time. “I stand by my husband,” she told NDTV, adding that she wanted to wanted to send a “clear message” with her appearance.