Thomas Muller is set to miss both legs of​ Bayern Munich’s Champions League last 16 clash against Liverpool after his suspension appeal was rejected by UEFA.

The Germany international was handed a two-match European ban back in December, when he was sent off in Bayern’s 3-3 draw with Ajax in the Champions League group stage for kicking Nicolas Tagliafico in the head. 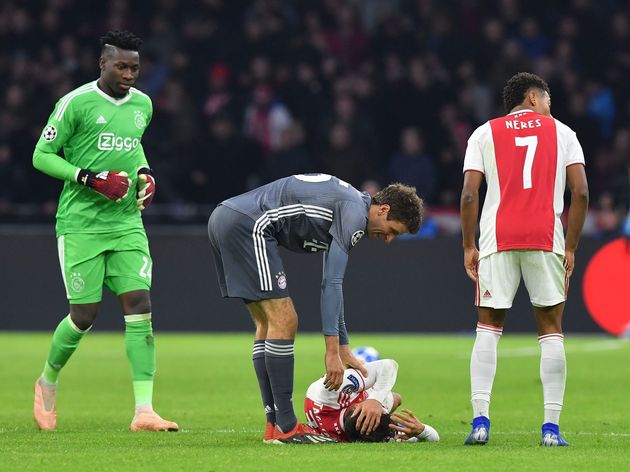 The 29-year-old appealed against the decision in a bid to be available for at least one of the German side’s knockout games against the Reds.

However, Sport Bild journalist ​Christian Falk has now confirmed that Muller’s application was rejected, meaning Niko Kovac will not be able to call upon the forward for either the first leg at Anfield on 19 February, or even the second leg at the Allianz Arena on 13 March.

The German’s sending off was the first of ​Muller’s professional career, and after the incident, took to social media to offer his apologies to Tagliafico.

The ​Bayern academy product is in to his 11th campaign with the ​Bundesliga champions, and has scored five times in 28 appearances this season.

After facing Hertha Berlin in the third round of the DFB Cup, Bayern face Schalke and Augsburg in Bundesliga action before taking on Jurgen Klopp’s ​Liverpool in the first leg of their last 16 Champions League clash.

Do you feel anxious? Start consuming a bowl of curd daily