Toby Alderweireld has said that he has no intentions of leaving Tottenham Hotspur, insisting he is ‘happy’ at the club after his contract extension was triggered.
​
​The Belgian has been at the club since signing from Atletico Madrid back in 2015. A one-year extension clause was triggered recently, keeping him at the club until summer 2020. This clause also triggers another which would allow Alderweireld to move on at the end of the season for a measly £25m. ​Alderweireld has played 136 games in all competitions for ​Spurs scoring six goals. He is also closing in on 100 caps for his country, and was part of the Red Devils impressive World Cup 2018 squad.
​

He added that off the field matters are not on his mind at the moment, and he is only interested in playing for Spurs.
​

“I’m only focused on things on the pitch. This is my fourth season and I’m very happy. I’m doing everything to help the team.” He added. 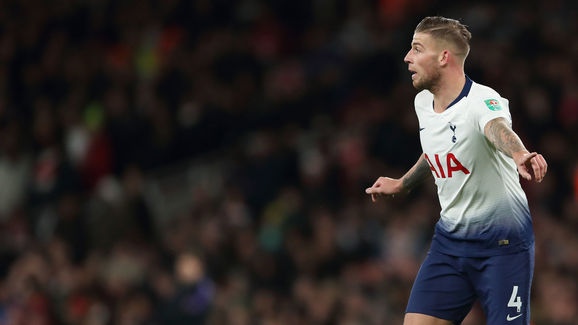 The Spurs man has consistently been one of the best defenders in the league year after year and has attracted numerous clubs vying for his signature, including ​Premier League giants ​Manchester United.
​

Alderweireld and Tottenham are next in action on Sunday when Manchester United visit Wembley on league business.