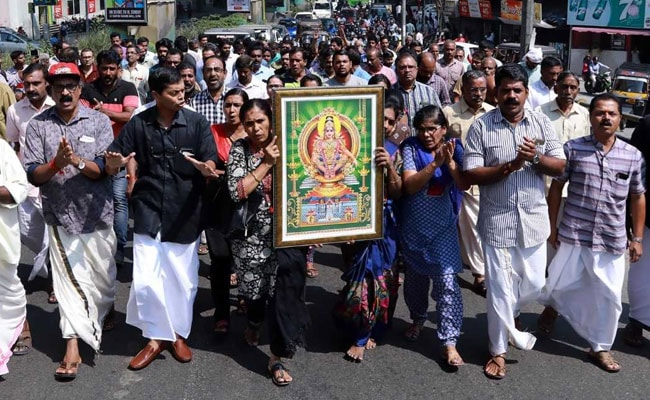 Sabarimala case: The annual pilgrimage season, which recently got over, was riddled with protests.

New Delhi:  The Supreme Court will shortly begin hearing a clutch of review petitions that challenges its September verdict allowing women of reproductive age into the Sabarimala temple in Kerala. A batch of over 40 petitions will be considered by a five-judge Constitution bench led by Chief Justice Ranjan Gogoi. The Sabarimala case was earlier scheduled for January 22, but had to be cancelled as Justice Indu Malhotra, one of the judges on the panel, was on medical leave. Justice Malhotra, the only woman judge on the bench, had dissented with the majority verdict, saying courts must not interfere with issues concerning “deep religious sentiments”.