​Tottenham kept the pressure on the Premier League’s top two on Sunday afternoon as they beat Leicester 3-1 at Wembley thanks to goals from Davinson Sanchez, Christian Eriksen and Son Heung-min, which made Jamie Vardy’s strike academic in the end.

The sides traded blows in the opening exchanges, with the best chances falling the way of a wasteful Harvey Barnes, who missed two golden opportunities in the first half. There was a strong appeal from the terraces for a Tottenham penalty mid-way through the period, but Michael Oliver deemed Son to have dived over Harry Maguire’s outstretched leg and the Korean received a booking.

The deadlock was eventually broken in the 33rd minute by the most unlikely of sources, as ​Sanchez found himself on the end of a well-crafted Eriksen cross to score his first goal in Tottenham colours and put his side a goal to the good at the break.

Leicester emerged from the dressing rooms the stronger of the two sides, with their dominance culminating in a spot-kick, after Maddison was bundled over by Jan Vertonghen. However, as ​Vardy entered the fray, the usually reliable finisher was tasked with converting from the spot with his first touch of the afternoon, but saw his penalty saved by Lloris to keep Spurs in control.

But Vardy was determined to not let the penalty miss define his day, and the 32-year-old netted in the 76th minute to set up a nervy last 15 minutes for the Wembley faithful. Ultimately, after soaking up plenty of ​Leicester pressure, Son put the game to bed with a goal in the first minute of added time and Spurs secured their fourth-straight win.

Spurs once again proved their mettle having to overcome a well-organised Leicester outfit. Though soaking up pressure was the order for much of the day for Mauricio Pochettino’s men, their ruthlessness in front of goal ensured they moved five points behind Liverpool once more as they refuse to lie down in this year’s title race. The great Dane has taken the responsibility upon himself to plug the gaps left in Spurs’ set up after Harry Kane and Dele Alli both picked up injuries early on in the year. He was instrumental once again at the tip of Pochettino’s midfield, providing the assist for Sanchez’s opener and then picking his moment to find the net himself in the second half. 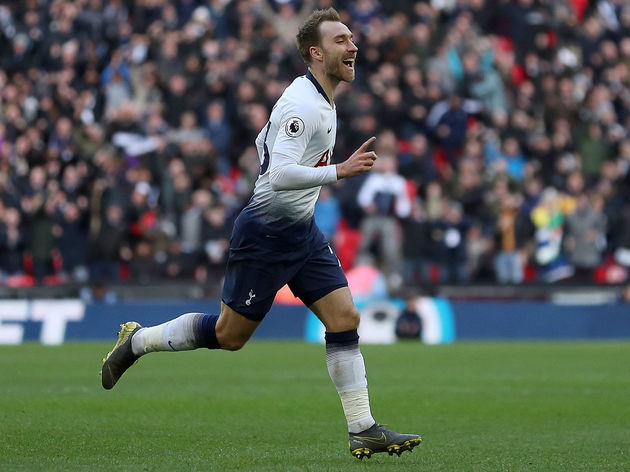 Not to say the experienced striker didn’t have his moments, but Llorente was simply ineffective too much of the game and endured one of his more mediocre afternoons in north London.

Though he was presented with very few notable opportunities, the Spaniard struggled to involve himself in the ​Tottenham build-up and the play merely passed him by once again. 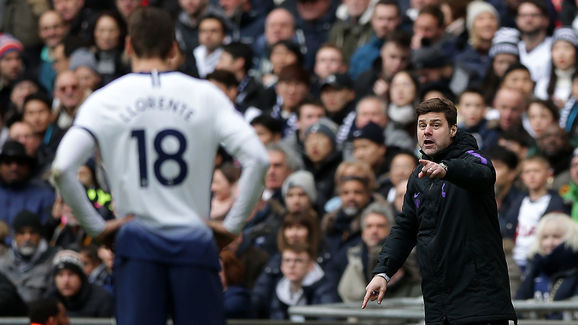 Though the Foxes were well in it for much of the contest, and even looked the more likely for large periods, they were unable to convert their chances and were ultimately wasteful on the day.

The result leaves them with just one league win in 2019, which came on the first day of the year, and six points behind Wolves in the ‘best of the rest’ race. 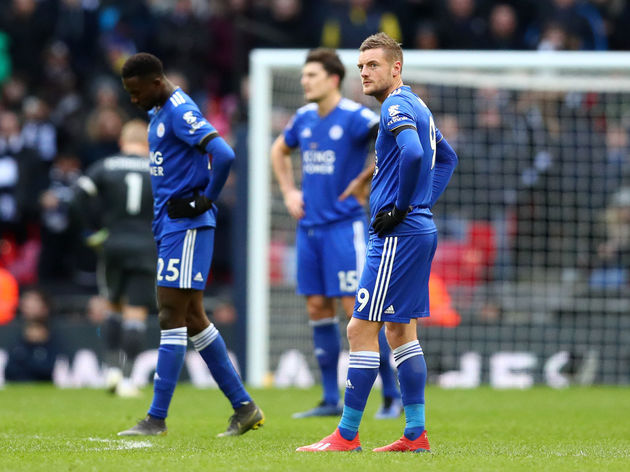 The Belgian international assumed the role of puppet master for Claude Puel’s side, pulling the strings with some incisive passing and marauding runs into Tottenham territory, particularly in the first half. Tielemans displayed no signs of nervousness on his debut in English football, although his brightly coloured boots hardly suggested he would shy away in such a prestigious cauldron. He eventually tired as the game wore on, but certainly showed signs that he was a shrewd acquisition for Puel and the Foxes.

The Algerian’s inclusion may have surprised some of the Leicester supporters who made the long journey south at the weekend to see their beloved side in action. Ghezzal was largely ineffective for much of the heated affair and Leicester’s intense and fast-paced build-up passed him by. Admittedly, he was tasked with one of the tougher assignments in English football, as Danny Rose expertly controlled the left side of Tottenham’s defence once more, but Puel will be expecting much more from his winger in the closing months of the season.

For Tottenham, the win is their fourth straight and means they remain unlikely candidates for the title this term. They will look to gain an advantage over Borussia Dortmund in the Champions League round of 16 as they welcome the German giants to Wembley on Wednesday night.

Meanwhile, Puel’s controversial team selection came back to haunt the Frenchman and could ultimately have cost his side all three points at the national stadium. They welcome Crystal Palace to the King Power next Saturday as they look to get their season back on track.