Chelsea striker Michy Batshuayi is running out of time to secure a move away from Stamford Bridge, after West Ham baulked at his reported £170,000 per week wages.

Batshuayi, 25, has spent the first half of the 2018/19 season on loan at La Liga side Valencia, but has scored just three goals in 23 appearances and hasn’t appeared since January 8. The Spanish have since tried to terminate his loan deal, but Chelsea are unwilling to take him back – meaning the Belgian striker has been left somewhat in limbo. 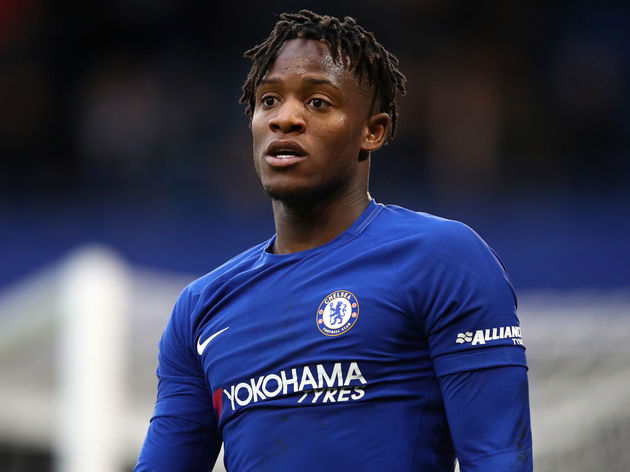 His last chance of securing a move away appears to lie with Tottenham, though it’s understood that they are only interested in taking him to north London on loan.

Chelsea, however, would prefer to sell him on a permanent basis but they have quoted Spurs £8m to take him on loan – although that figure is four times the price that was being asked of other interested parties West Ham and Real Betis.

Batshuayi’s representatives, as you’d imagine, are keen to push through a deal with Spurs – but Chelsea’s asking price is proving somewhat off putting to Tottenham chairman Daniel Levy.

Earlier in the day, Chelsea accepted loan offers from both West Ham and Betis – and it soon became apparent that remaining in the Premier League was Batshuayi’s priority.

The Sun claim that the Hammers decided to back out of a deal though, once they learnt of Batshuayi’s huge weekly pay packet. Bringing him to the London Stadium would have set West Ham back £3.4m in wages alone, with other add-ons and agents fees yet to be taken into account. A move away from the club would obviously be of benefit to Batshuayi, as he has only made 53 appearances for Chelsea since arriving at the club in 2016, netting just 19 goals during that time. He spent the second half of the 2017/18 season on loan at Borussia Dortmund, where he scored a much more impressive nine goals in 14 games.

Africa Cup of Nations: 6 Standout Stars Who Deserve a Move...