BBC pundit ​Lee Dixon has claimed that nobody will relish the chance of coming up against Tottenham Hotspur forward Son Heung-min in his current run of form.

The South Korean most recently led his side to a highly impressive 3-0 Champions League victory over German side Borussia Dortmund in the first leg of the round of 16, all but confirming their place in the quarter-finals of the competition.

Injuries to Harry Kane and Dele Alli earlier in the season meant Son has had to make up for their absence in recent games, which he has done in incredible fashion, scoring 14 goals in his last 17 matches for the club.​​

The best player from each country:

​​Dixon has praised the versatile forward admitting Spurs have a ‘real gem’ on their hands, specifically mentioning the threat Son brings to the table for the north London club.

Speaking to BBC Radio 5 Live as quoted by HITC, Dixon said: “He must be a dream to play with. He has got the ability to unsettle the players he is playing against. Nobody likes to play against him because he runs you into areas as a defender you don’t want to go.

“He has always got you thinking – you’ve got a real gem.” 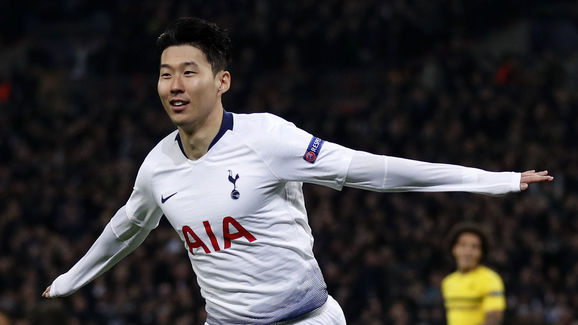 if their Son can keep this amazing form intact for the remainder of the season, Spurs fans will feel confident that they’ll have a better chance of progressing in Europe and could even have a say in the Premier League title race.

The 26-year-old has featured in 32 fixtures for Spurs this season, and despite missing a few weeks of action due to international duty, he has still managed to scored an impressive 16 goals and has a remarkable nine assists to his name.

La Liga: 3 Things to Look Forward to as Barcelona Host...

Marco Silva Claims He Wasn't Feeling Any Pressure Prior to Vital...