​Unfortunately, we’re not in the thick of transfer season just yet, but excitingly the Premier League window is now officially open.

Links have been flying in left, right and centre throughout the season and with clubs in England now capable of signing players, the rumour mill has gone off the rails.

So with a pinch of salt at the ready, here are seven bitesize ones which you might have missed. One player that Manchester United fans aren’t expecting to see leave as part of their rebuild this summer is teenage midfielder Angel Gomes.

But the Manchester Evening News claim that United’s England Under-19 international has emerged as a transfer target for La Liga champions Barcelona.

Gomes will be entering the final year of his contract next season, but the Catalan giants will look to pull a fast one by signing him on the cheap this summer amidst the chaos behind the scenes at Old Trafford. The Bosnia & Herzegovina international was once one of the highest rated goalkeepers outside of the Premier League’s top six, but he’s now behind Mark Travers and 39-year-old Artur Boruc in Eddie Howe’s pecking order.

The Mirror report that ​Fenerbahçe could sign Begović for just £7m this summer as they prepare to rejig their squad after finishing in the bottom half of the table in Turkey.

Elsewhere with the south coast club, The Daily Mail claims that striker Lys Mousset is a £10m target for Celtic. Even with a new manager at the helm at Arsenal, the north London club look desperate to raid French leagues once again. This time the Gunners are eyeing up Stade Rennais winger Ismaïla Sarr.

But Sarr is also catching the eye at Leicester City, with an insider telling Senegalese outlet wiwsport: “Leicester, Roma and AC Milan are the three clubs that have shown genuine interest in signing Ismaila.

“He has been linked with moves to Arsenal and Liverpool. But I have not heard any news from either of these two clubs.” French outlet Euro United insist that a fee still hasn’t been agreed between Los Blancos and Lyon, but the defender’s agreement to their offer has ticked a box for Madrid’s re-appointed manager Zinedine Zidane.

The 23-year-old’s arrival could leave Marcelo’s future up for debate, although Real Madrid are already looking to offload left-backs Sergio Reguilón and Theo Hernández. Manchester United are considering the prospect of Romelu Lukaku leaving the club this summer, and The Sun report that Lyon’s Moussa Dembélé has emerged as a potential £40m replacement for the club.

The former Celtic and Fulham striker won’t be the household name that fans are hoping for at Old Trafford, but he’s coming off the back of a 22-goal haul across all competitions and is close to breaking into the senior French national team.

Liverpool are also claimed to be looking at players from the Groupama Stadium for summer targets. 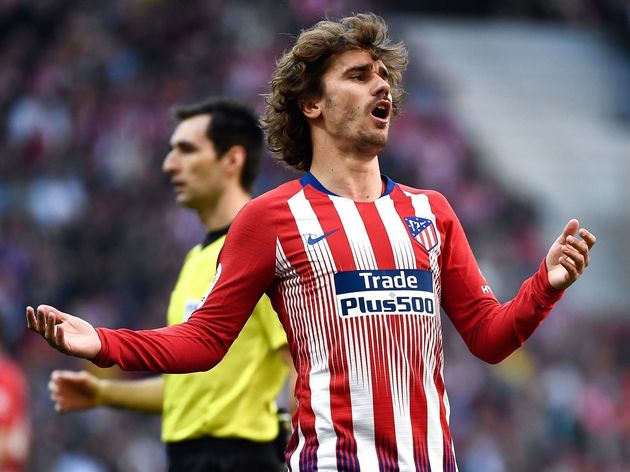 Antoine Griezmann has announced that he will be leaving Atlético Madrid this summer, with many expecting that the France international will complete a move to Barcelona at the second time of asking – a move to Camp Nou fell through last year.

The 28-year-old will pocket €17m, €18m and €19m in his first three years at the club respectively, according to Euro United.

If Sport are to be believed, however, then Barcelona could face competition for his signature, with Manchester City, Bayern Munich and Paris Saint-Germain claimed to be willing to pay the forward’s release clause.

Cadena COPE’s Antonio Ruiz added that Bayern Munich were interested in Griezmann, but Sport Bild reporter Christian Falk quickly dismissed the suggestion by claiming the forward already had an agreement with Barcelona.

Crystal Palace to Speed Up Permanent Deal for Goalkeeper

​​Crystal Palace loanee Lucas Perri is expected to complete a permanent move to Selhurst Park within the next month.

UOL claims that the Brazilian, who’s on loan with the club from Sao Paulo, will cost Roy Hodgson’s side €4.5m this summer.

The 21-year-old has impressed since arriving at the club and after being selected for Brazil’s squad for upcoming Toulon Tournament, which will be near identical to the team which plays in next year’s Olympics.

'I Wouldn't Sign Neymar If I Were A Club,' Claims Former...