​Trent Alexander-Arnold has suggested that Liverpool can take inspiration from Manchester City’s emphatic Premier League title success last term, as the Reds attempt to dethrone the champions this season.

Jurgen Klopp’s side currently lead City by four points at the top of the league, though the Reds’ 2-1 defeat to Pep Guardiola’s side last week has taken some of the steam out of Liverpool’s title charge.

Paul Merson: “The quicker Liverpool go out of the Champions League, the more of an unbelievable chance they have to win the league.”

Louis Van Gaal to Dutch TV after viewing the clip of Merson: “This man is not normal. Liverpool shouldn’t take his bad advice into consideration.” pic.twitter.com/vrVhp2rgvN

Defeat at the Etihad cost the challengers their unbeaten start to the league campaign, but ​Alexander-Arnold has insisted that his side must pick themselves up and take note of ​City’s 100 points haul last term. As quoted by ​FourFourTwo, the defender said: “Every defeat hurts.

“But losing to City is really hard because we’ve been on such a long unbeaten run. We’ve had a lot of wins this season and we were dreading this moment.

“In the back of our minds, we knew we would lose a game eventually because football is like that.

 | Roberto Firmino vs Top 6 since signing for Liverpool:

“But City lost their unbeaten record at Anfield last season – and at the same time of year – and they responded by going on another long run of winning games.

“We don’t let one defeat ruin our season.”

​Liverpool take a break from their title challenge as they return to FA Cup action with a trip to face ​Wolves at Molineux on Monday.

The competition provides an opportunity for Liverpool to secure their first trophy under Jurgen Klopp, having yet to claim any silverware since the German’s arrival at Anfield in 2015.

Despite the FA Cup providing a potential distraction for the Reds amid their title challenge, Alexander-Arnold has insisted that Liverpool will take the competition seriously.

“We were never on a level with City since I was in. We won against them since Pep was in especially but in these games City were better. We scored more goals and defended really well but the possession was at least 60/40 for them but we won them. Now it’s 50/50.” pic.twitter.com/YUpWXwOPJC

“We’re going there [Molineux] to win,” the full-back added. “It’s not a free hit against Wolves. It’s a chance to win a trophy – and everyone at Liverpool wants to win things.

“We want to win. It becomes a habit.”

Liverpool have not won a major honour since their League Cup success in the 2011/12 season, and Alexander-Arnold has insisted that it is the players’ responsibility to fire the club back among the silverware.

“Liverpool is a great club with a massive history, and the players who are here now must carry that responsibility,” the 20-year-old added. 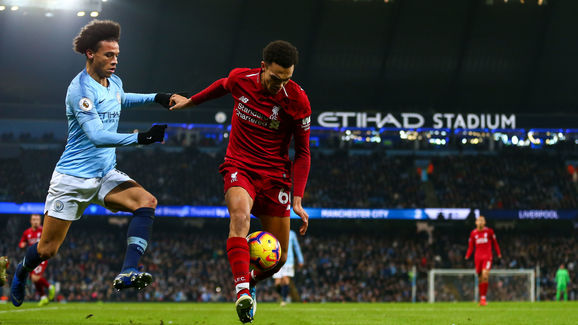 “We haven’t won a trophy for a few years. It’s been too long, really, for a club like this. But it is what it is. We can only try to do our bit and add to that history.”

Peter Crouch Announces Retirement From Football at the Age of 38