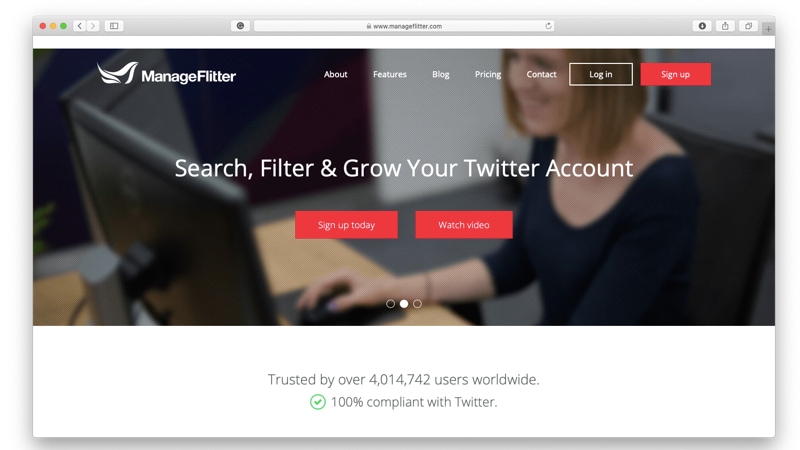 Twitter has started cracking down on services that violate its API rules by engaging in a large volume of follow and unfollow requests. The social networking giant is also coming down hard on services that have been using its API to send automated direct messages. These apps generally let users follow a large number of users in the hope that they’ll follow them back, and then unfollow those who don’t. All these apps charge money from their users.

On Thursday, Twitter had banned ManagerFlitter, Statusbew, and Crowdfire, as spotted by social media consultant Matt Navarra. These three apps have been charging users to help grow their accounts, violating Twitter’s API rules in the process.

According to Twitter’s API rules, any sort of aggressive following and unfollowing of Twitter accounts is prohibited. By exploiting Twitter’s platform, these services have been ruining the user experience for many other users. As a social platform, Twitter works perfectly well if you follow the right kind of people and it works the same the other way around as well.

ManageFlitter charges users $12 to $49 (roughly Rs. 830 to Rs. 3,400) per month, promising them an easy way to increase their followers. The service starts following a large number of accounts from a user’s profile and waits for those users to follow the user back. After a few days, if those users haven’t followed back, the service unfollows them in bulk.

Another similar service that has been banned includes Crowdfire. The service offers a bunch of tools for Twitter users and charges users up to $75 (roughly Rs. 5,200) per month. Crowdfire’s founder and CEO, Nischal Shetty tweeted his response and claimed Twitter had approved their app back in September 2017. In September 2018 the company’s app had received elevated API access. He further added that they received a suspension notice on January 31, 2019, without any prior notice.

In a response to TechCrunch, Twitter said it will still allow these companies to apply for a new developer account and submit a ‘compliant app’ for approval again. The existing apps will still remain suspended though.

Facebook Tightens Rules for US Political Advertisers Ahead of 2020 Election