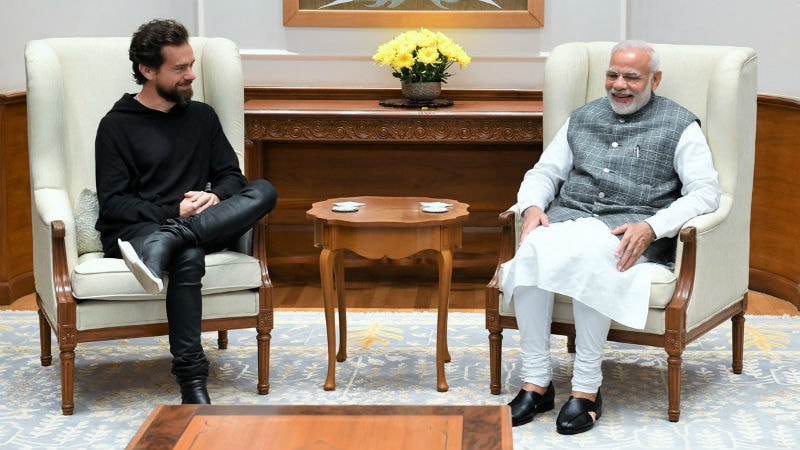 An Indian parliamentary panel is summoning Twitter’s chief executive to appear before it later this month, after he did not attend a hearing on Monday to discuss citizens’ rights on social media.

The parliamentary committee on information technology (IT) has decided to summon Twitter CEO Jack Dorsey on February 25, panel chairman Anurag Thakur told reporters after its meeting.

“We had summoned the global CEO, he did not appear but sent junior executives,” said Thakur, a lawmaker from the ruling Bharatiya Janata Party (BJP) party. The panel had taken this very seriously and if Dorsey still failed to appear, Twitter would be seen as breaching parliamentary privilege, Thakur said.

Officials of India’s technology ministry and Twitter had been invited to the meeting to discuss safeguarding citizens’ rights on social media and online news platforms.

The summons comes as social media companies are under scrutiny ahead of elections due before May in which Prime Minister Narendra Modi is seeking re-election. Several companies are overhauling policies to curb misinformation ahead of the vote.

The Youth for Social Media Democracy (YSMD), a collective with right-wing leanings, accused Twitter of left-wing bias and protested outside the firm’s office in New Delhi earlier this month.

“No action is being taken against LW (left-wing) accounts who are regularly posting offensive, abusive, violence inciting, threat & death wish tweets even when they are found violating Twitter rules,” the YSMD said in a document it submitted to Thakur’s panel on January 31.

Twitter said last week it “does not review, prioritise, or enforce its policies on the basis of political ideology”, adding that all accounts and tweets are treated impartially.

India, one of the world’s biggest Internet markets, has clamped down on US corporations over the past year – from mandating firms such as Mastercard and Visa to store Indian citizens’ payments data locally, to modifying e-commerce norms for Amazon and Walmart and drafting stricter rules to regulate content on social media.

Facebook has stepped up its fact-checking programme and is toughening up policies for political advertisements. Its WhatsApp messenger has conducted road shows and media campaigns as well as tweaked features to control fake news.

Alphabet’s Google has held more than 130 workshops across India, as of end-December, to train journalists to verify news.

Bard of Blood Cast and Crew on (Filming) Challenges and Changes...

Game of Thrones Creators&rsquo; Star Wars Film Series Might Be a...