​When Tyrone Mings joined Aston Villa on loan from Bournemouth on deadline day of the January transfer window, the Cherries were relieved to see the back of the injury-prone defender.

Mings signed for Bournemouth in the summer of 2015 for a fee of £8m following their promotion to the Premier League. He lasted just six minutes on his debut against Leicester before he was forced off with a knee injury that would keep him out for 16 months. Further knocks meant he only played 22 matches in all competitions over a three and a half year period.

After joining Dean Smith’s side, Mings made an instant impact. He provided some much needed steel to a Villa defence that had been notoriously suspect during Steve Bruce’s tenure and quickly became a firm favourite with the Villa supporters. His arrival coincided with a remarkable upturn in Villa’s form. A club record ten-match winning streak propelled the Villans into the play off places and they went on to secure promotion by beating ​Derby County at Wembley.

Since earning promotion, the West Midlands club have made some big moves in the transfer market. Two of last season’s star loan signings, ​Kortney Hause and ​Anwar El Ghazi, made their stays at Villa Park permanent ahead of the new Premier League season.

It’s been widely reported that Villa intend to do the same with Tyrone Mings, but with Bournemouth pricing the 26-year-old at £15m some questions need to be asked whether a permanent move presents value for money.

His impressive performances in a side that gained a lot of national attention in the second half of last season have attracted interest from other Premier League teams. As ever, when there are multiple parties interested, the asking price goes up. ​Bournemouth will look to seize the opportunity to make a profit on a player who was considered nothing more than an injury-prone squad player six months ago.

Listen I love the guy just as much as the rest and think hes a truly top guy; but the whole “announce Mings” and “pay em whatever they want” is getting silly. Tuanzebe would be much better business and we have to consider Tyrone’s injuries before hailing him in the PL https://t.co/5O0eohNIQt

There are two things that Villa must take into account when looking at the permanent signing of Mings. One is that he’s still largely untested at Premier League level. As competitive as the Championship is, there is still a huge gulf in quality between the top flight and the second tier and there are no assurances that he’s capable of making the step up.

​Secondly and most importantly, in his seven seasons as a professional he has only played over 20 matches once, when he made 42 appearances in the 2014/15 season for Ipswich Town before earning his move to Bournemouth. This must ring alarm bells for anyone who is thinking of spending serious cash to bring him in on a permanent transfer.

​Aston Villa fans will still have fresh memories of Ron Vlaar. ‘Concrete Ron’ arrived from Feyenoord in 2012 following Paul Lambert’s appointment and there’s no doubt that the Dutchman was a solid defender who performed well during a difficult period for the club. However, his time at Villa Park was blighted by persistent injuries, which lead to a lack of game time for himself and in turn caused constant disruption to the defence as a unit. 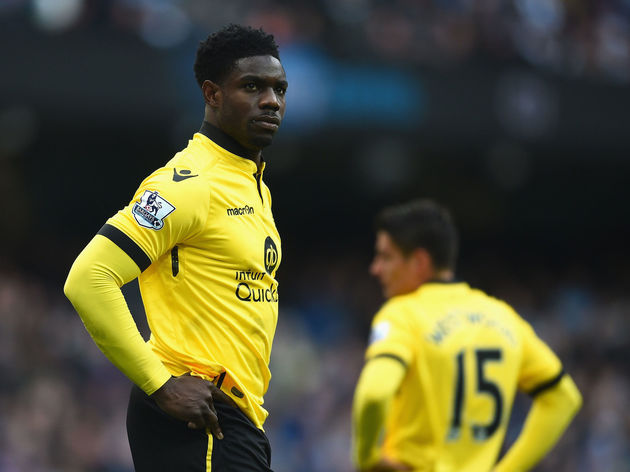 In a more recent example, Micah Richards’ contract only expired last month, almost three years after he last kicked a ball in a Villa shirt. During his four seasons in B6 he played only 26 times, all while earning a reported £35,000 per week. He embodied everything that was wrong with Villa at that time and is a shining example of the kind of transfer business that they cannot afford to repeat.

As Villa embark on a return to the Premier League following a three year absence, only Jack Grealish remains from the side that was relegated in 2016. This is the chance for a fresh and exciting new era for the famous old club and spending big money on injury prone players cannot be a part of that.

Unless Bournemouth significantly lower their demands, Villa should use their head – not their heart – and avoid gambling on Tyrone Mings.

Alex Oxlade-Chamberlain to Be Rewarded for Injury Comeback With New Liverpool...

Five Interesting Numbers From the Champions League Action This Week